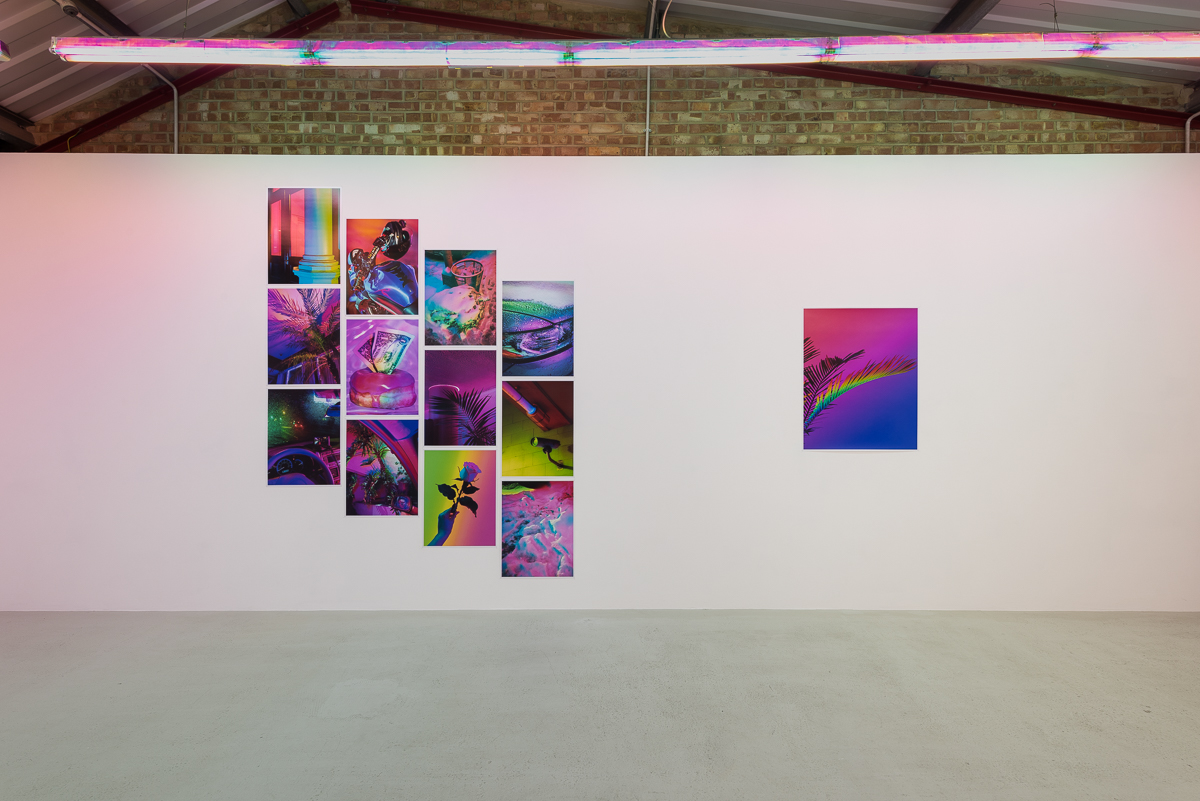 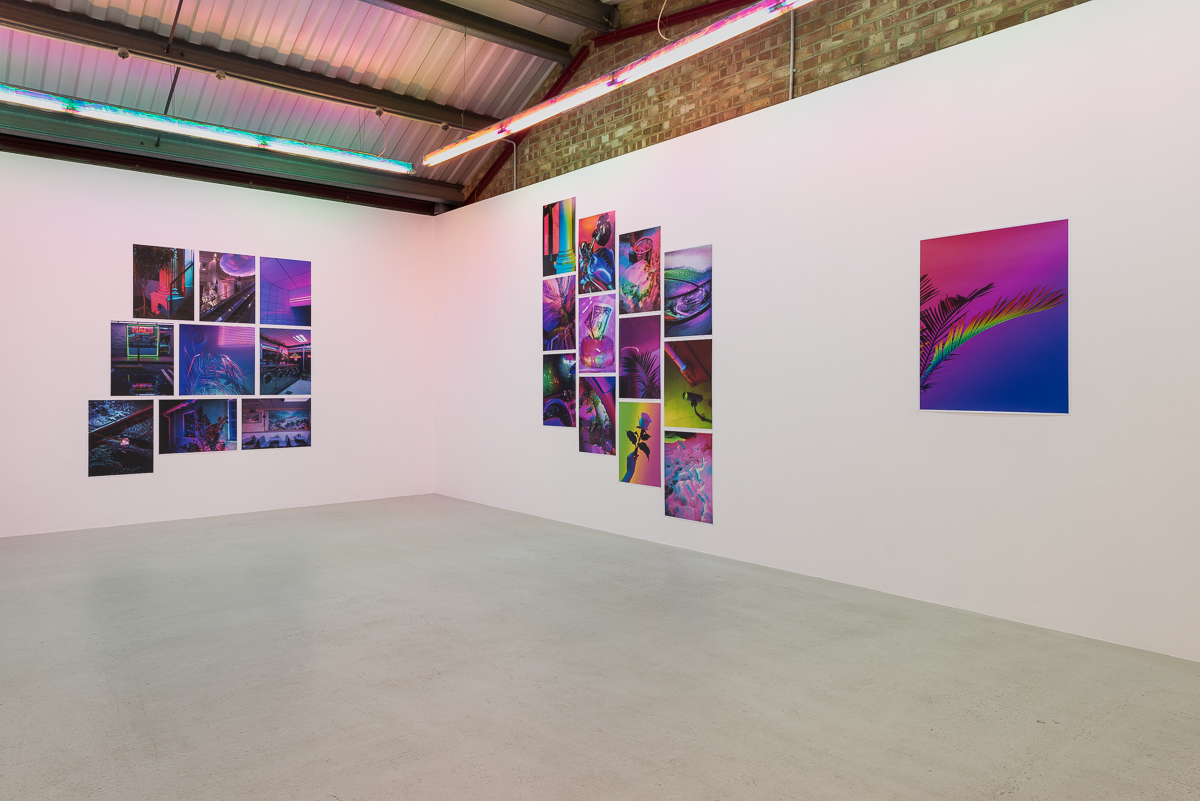 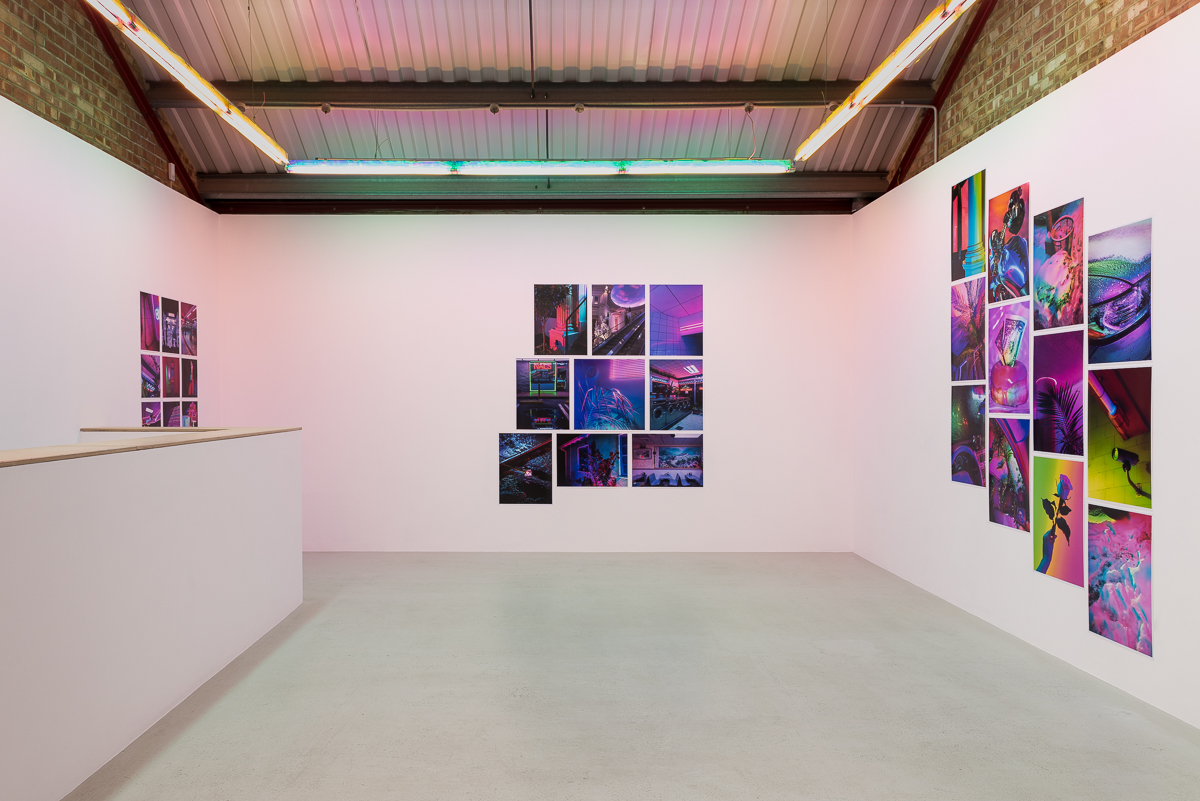 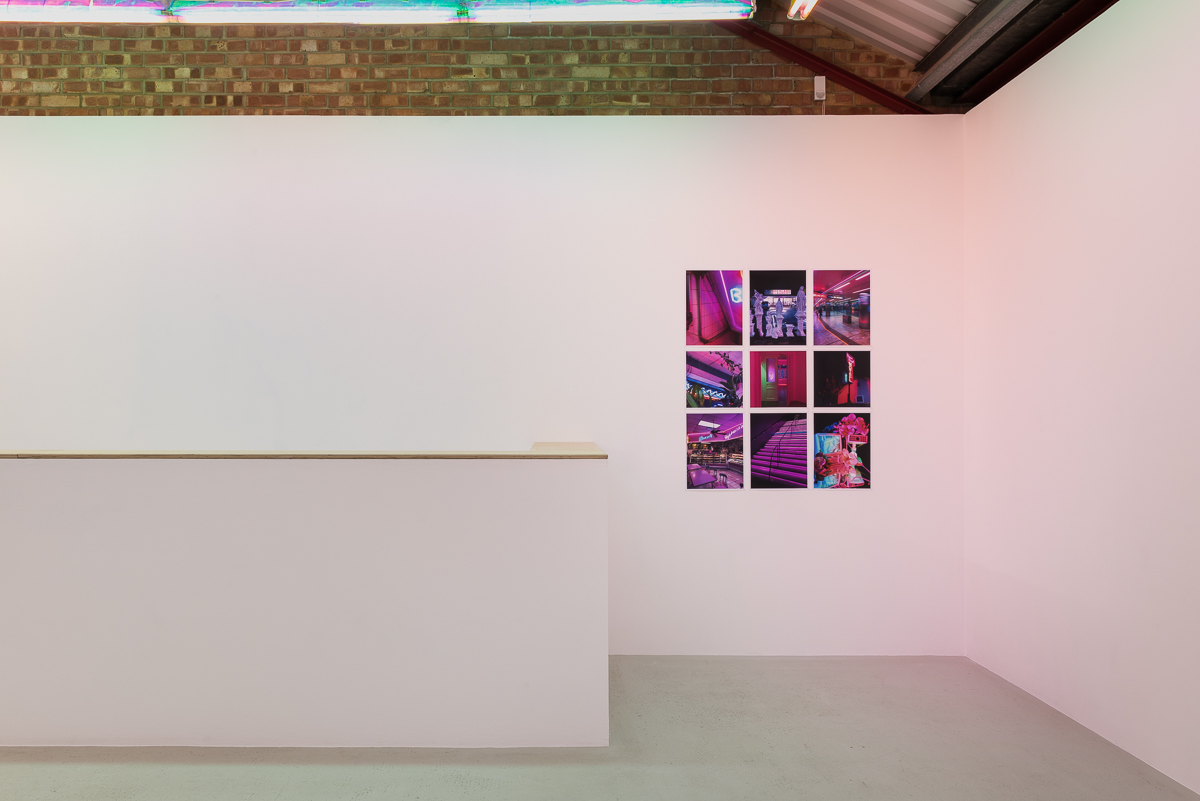 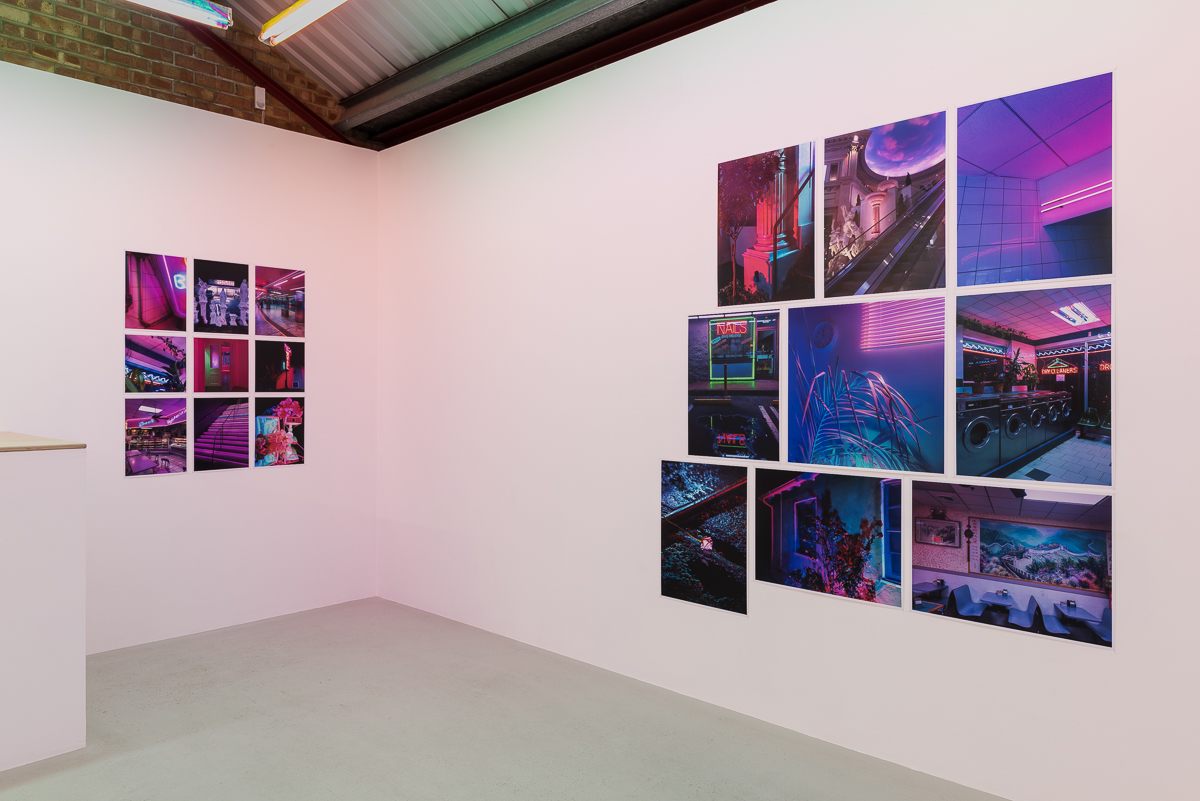 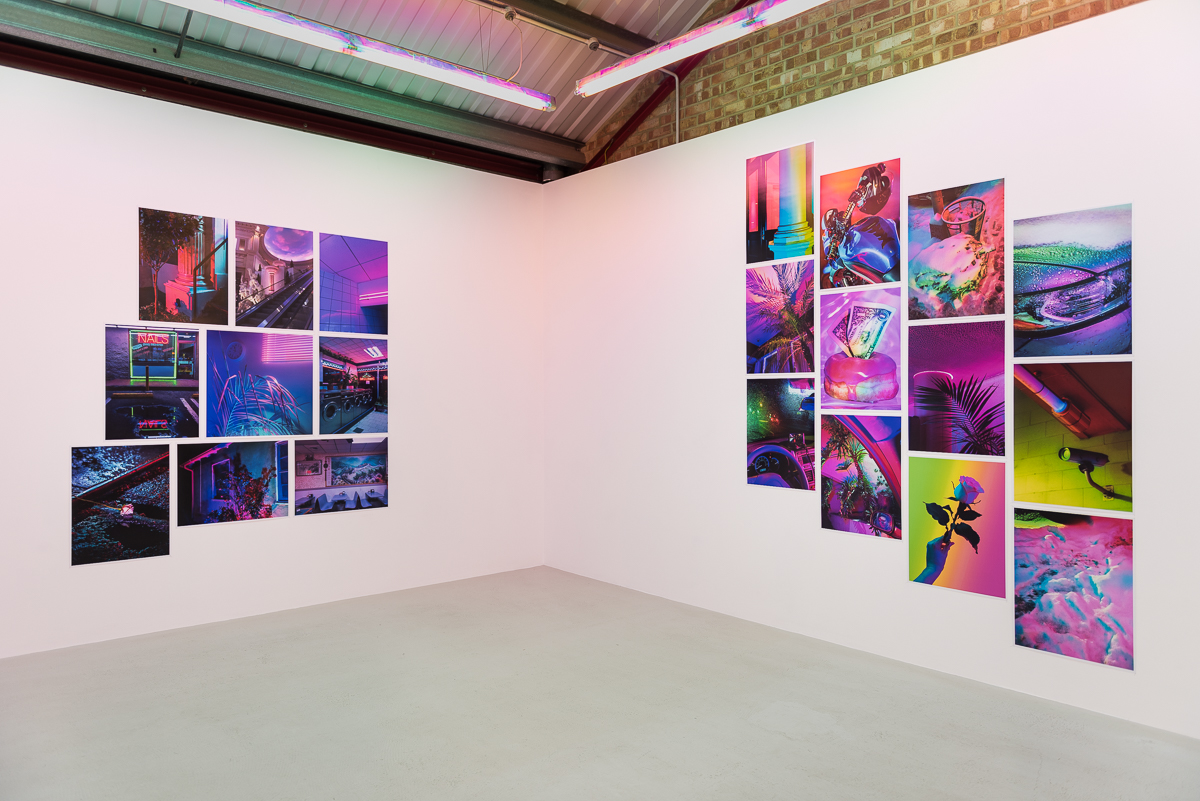 Press preview in presence of the artist: Wednesday, 7 June, 5 PM

Annka Kultys Gallery is pleased to announce the opening of Faux Realities, a solo exhibition of photography by New York-based artist Signe Pierce. Faux Realities will feature over 30 original photographs showcasing the highly-saturated, hyperreal worlds that Pierce inhabits and creates in her images. This is the artist’s first solo exhibition in the UK and first with Annka Kultys Gallery.

Over the past two years, Pierce has cultivated a highly sought-after visual aesthetic and conceptual identity through her lurid use of colour, lighting and subject matter. The semiotic spectrum of American excess and decay is showcased within the vacant strip mall interiors, lush palm trees and omnipresent surveillance cameras that glaze Pierce’s work like saccharine pink frosting on a donut, leaving a subtle aftertaste of dirty money and artificiality.

Despite receiving a BFA in Photography from School of Visual Arts, Pierce has been reluctant to overtly refer to herself as a photographer in the traditional sense.  Instead, she has come to identify as a “Reality Artist”, a self-imposed description that lends itself to cover the various media, mediums, performances and conceptual paradoxes that her work straddles.

Pierce arrived upon the art world’s periphery in 2015 when her performance in the short film, American Reflexxx (dir. Alli Coates), was uploaded to YouTube; reaching over two million views within the first week of its online release. The 14-minute film features real, unscripted footage of Pierce walking down a frenetic Myrtle Beach boardwalk whilst wearing a mirrored mask and electric blue mini-dress.  Her presence was met with a malevolent curiosity from the surrounding public, who quickly turned violent in an attempt to unmask and gender-identify her.  The shocking displays of dehumanisation and mob mentality, along with the Pierce’s tenacious performance, garnered immediate critical acclaim for the film, as well as instant viral attention online.

While Reflexxx served as a proper introduction to Pierce’s conceptual oeuvre, her hyper-saturated photographs of Los Angeles palms and neon strip malls quickly developed a following of their own.   A strong element of Faux Realities’ identity is rooted in the fact that these photographs are viral stars in their own right, having been collectively liked, re-blogged and shared millions of times on social media over the course of their existence. The photographs on view at Annka Kultys Gallery appear self-aware of the fact that their physical form comes after a digital inception.  The images were born online and have been made “real.”

The series of images that makes up Faux Realities asks the viewer to ponder questions surrounding the perception of truth: “Are the subjects and locations in these images authentic, or were they fabricated?”; “Was the lighting actually like that, or was it curated?”; “How much Photoshop went into this?” Faux Realities is an invitation to consider what is “real” in an increasingly simulated world.