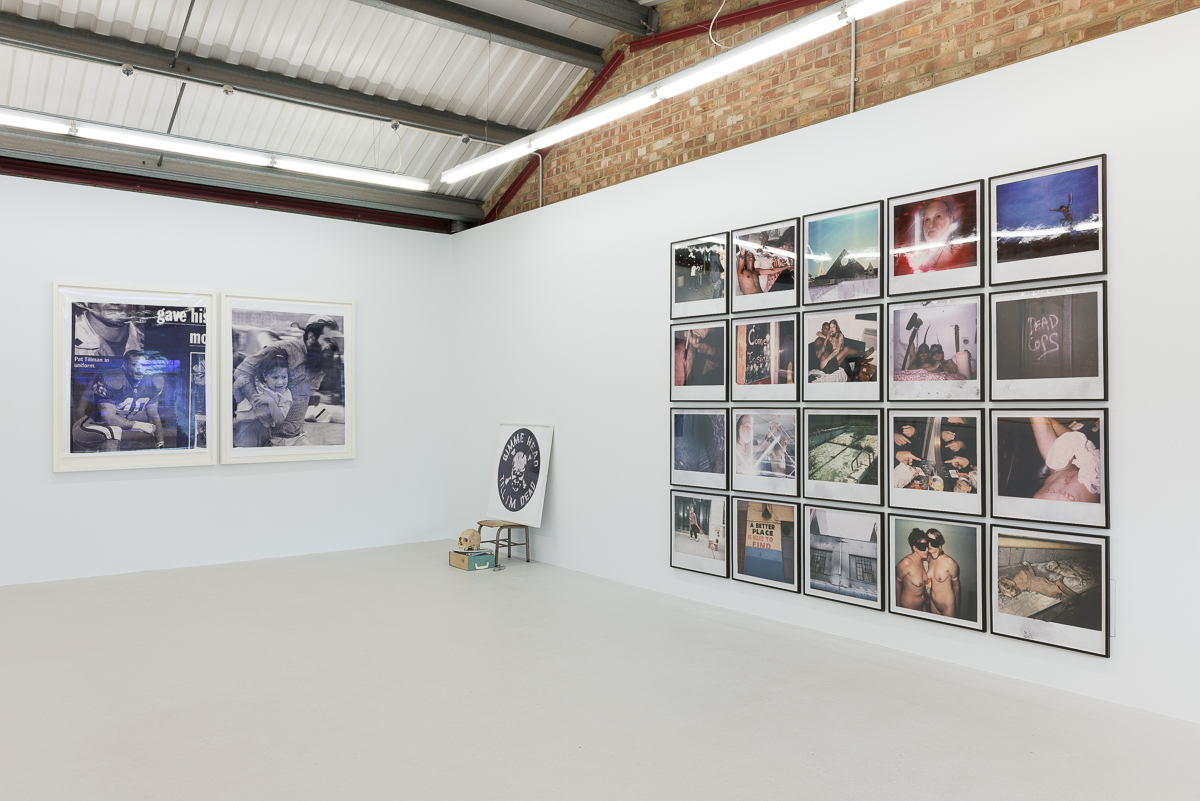 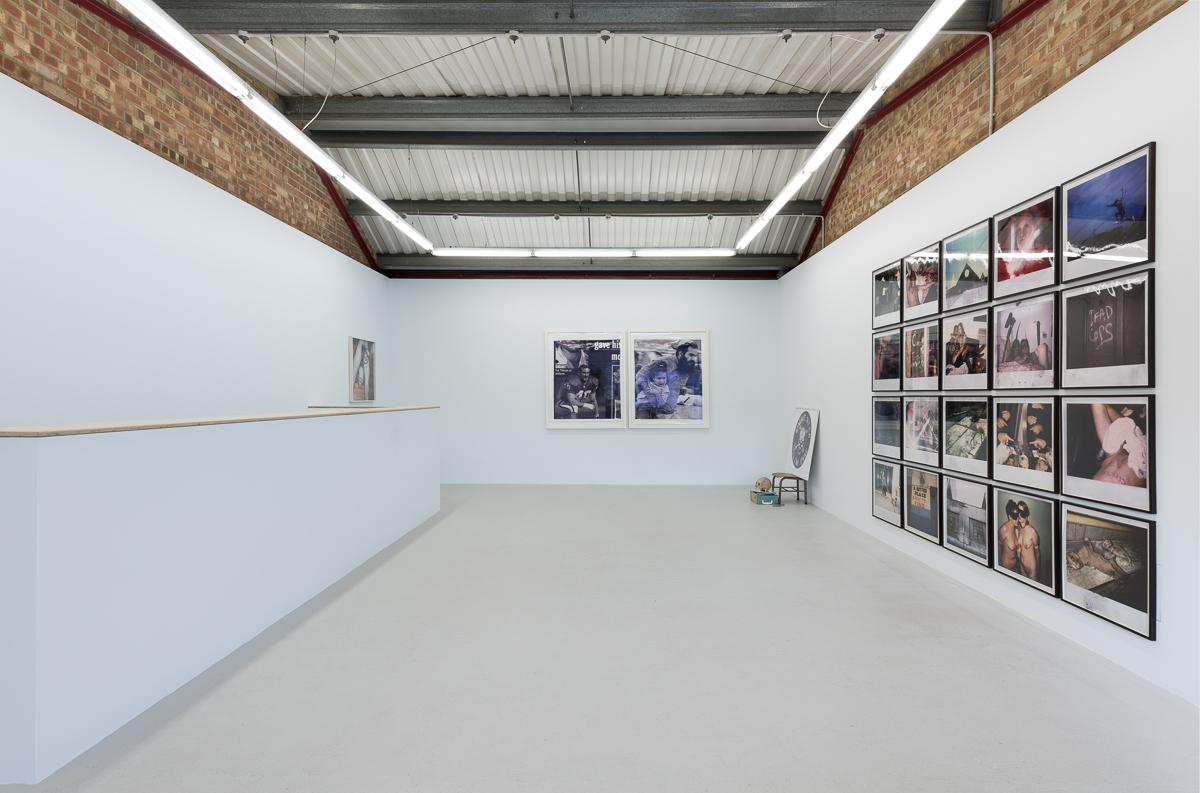 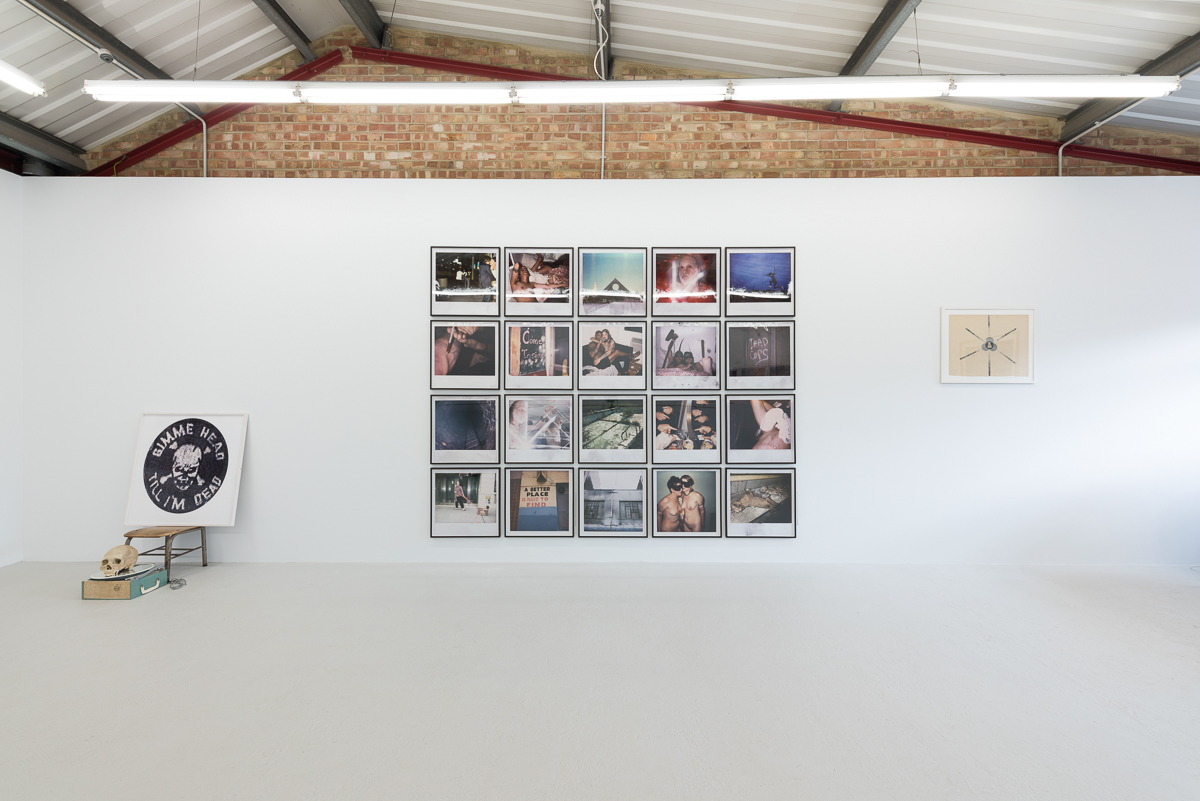 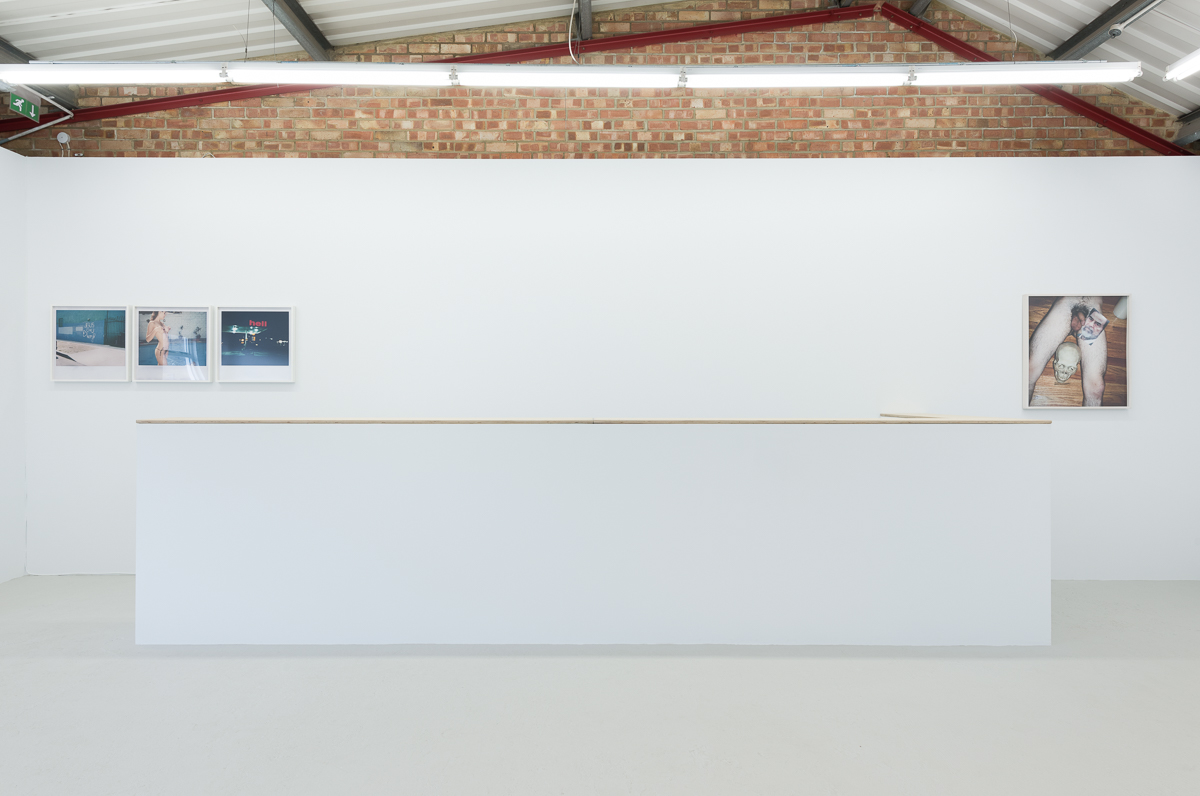 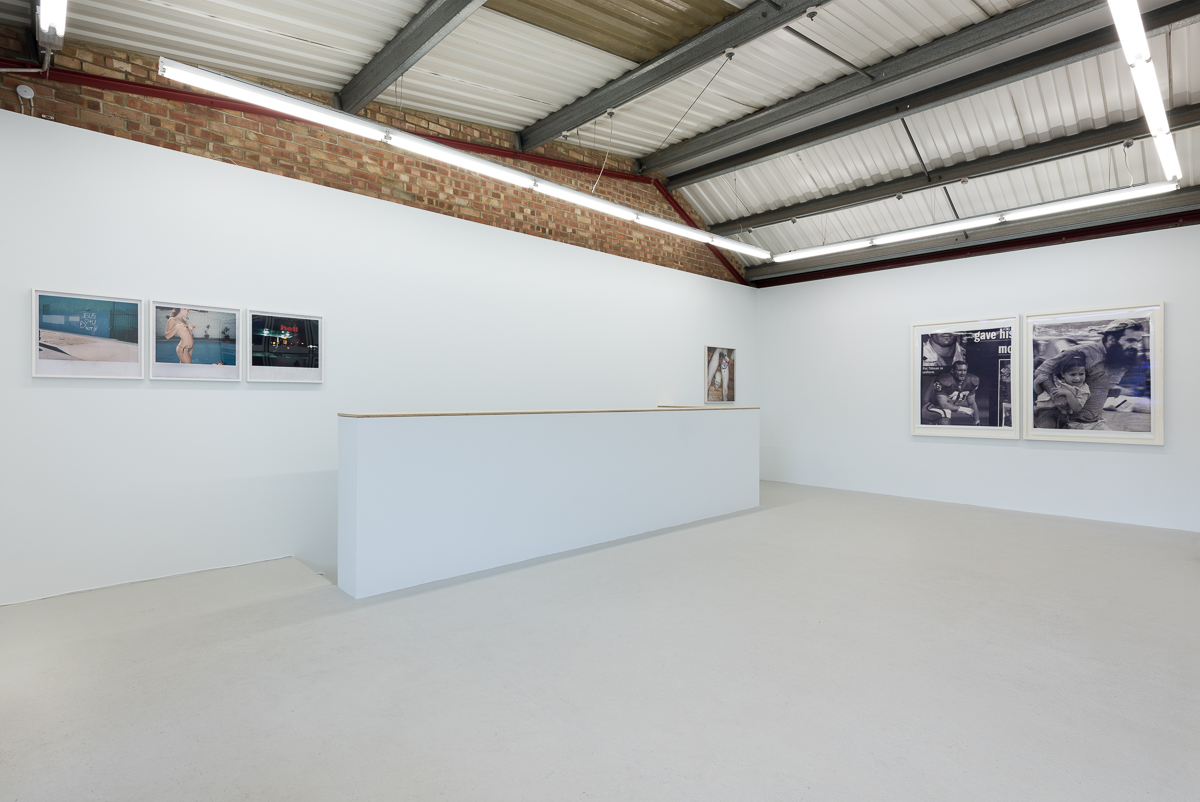 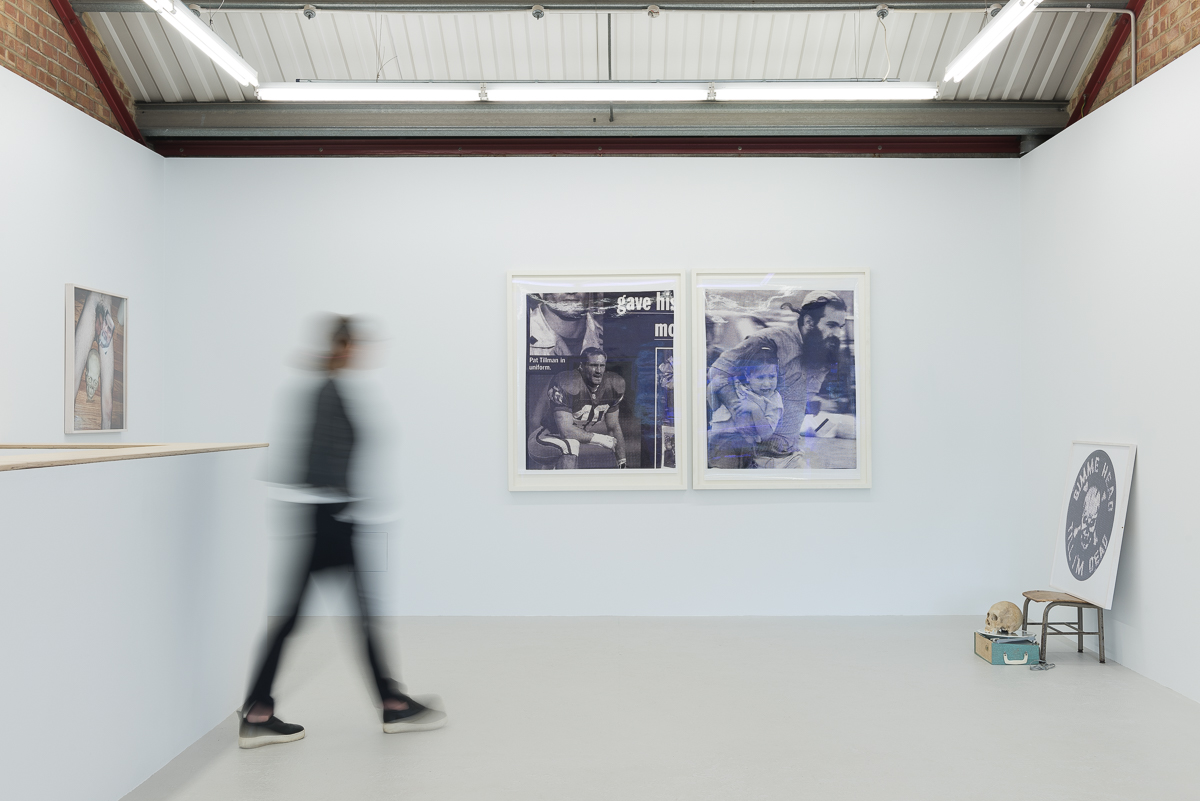 Annka Kultys Gallery is pleased to present an exhibition of works by Dash Snow (1981-2009), marking the first solo exhibition of the American artist to be held in London. Hello, this is Dash is organized around a group of eight works completed between 2004-2008 which represent the breadth of range within Snow’s oeuvre, including examples of his photography, collage and assemblage sculpture.

Snow was born into one of America’s great art collecting dynasties, the de Menils, a family responsible for some of the most acclaimed art installations in twentieth century contemporary art: the Rothko Chapel in Houston, Donald Judd’s Martha, Texas, Walter de Maria’s Lightening Field, as well as for founding their eponymous museum and the DIA Arts Foundation. Yet Snow’s upbringing was tumultuous, his rebellious nature straining not just family ties, but the patience of the authorities as he spent years in juvenile detention, and ended up living rough on the streets of New York. Estranged from his family, Snow made the acquaintance of the painter-sculptor Dan Colen and the photographer Ryan McGinley, artists who, along with Snow (and Terence Koh and Nate Lowman, among others) came to be identified as part of the Bowery School, the group of promising Lower East Side artists that emerged in New York in the early noughties. In the post-9/11 milieu of public-anxiety and heightened security consciousness, Snow and his circle consciously pursued lives of hedonistic excess, rebelling against a city obsessed with vacuous wealth and oppressive policing.

In arguably the exhibition’s most imposing work, Polaroid Wall (2005), a collection of 20 of Snow’s Polaroids blown up as C-prints, Snow captures the sometimes disturbing beauty present in moments of true unguardedness: the precise moment a hypodermic needle penetrates skin rendered taut over a turgid vein; the spontaneity in a nocturnal street-scene depicting a man embracing a woman against the wall of a building as passers-by amble down the street; the voyeurism of snapping two women standing naked but for blindfolds and bands over their upper arms; or the joyous freedom of a youth leaping over rooftops silhouetted against a darkening sky, for example.

The Polaroid Hell is one of the artist’s most iconic images. It is on display in two instances in the exhibition, once in Untitled (Hell) (2005), a digital C-print, and then again as part of the triptych Untitled (2004), an artist’s installation of three digital C-prints. The image captures the forecourt of a Shell service station at night, where the stark alienating light from the overhead lighting creates spot-lit pools of empty concrete forecourt against a black, and otherwise all enveloping, night sky. In this darkness, the first letter of the illuminated ‘Shell’ sign above the station has failed, leaving only the remaining letters, H, E, L, L dramatically ablaze in a bright red spectral glow.

The political is the focus of Snow’s 2005 piece Untitled, a diptych of two digital C-prints, which contrasts an image of a newspaper article on the American professional football player, Pat Tillman, with that of a bearded man fleeing through a non-specific war-torn city clutching a child. Tillman garnered considerable attention in the U.S. in the aftermath of the 9/11 attacks for giving up his playing career as a professional athlete to join the American armed forces and serve his country in Iraq and Afghanistan. Tragically, Tillman was killed in a so-called “friendly fire” incident in 2004. The work raises questions as to the relative value of middle-eastern and western lives, about the universality of suffering which war occasions, and about the subjectivity of western media coverage and the influence of the authorities in controlling perceptions of government initiated conflict.

Untitled (Saddam Dick) (2007), a digital C-print, presents a carefully staged image of the hips and splayed thighs of a naked man on a wooden floor, the legs lying either side of a human skull with a cut-out picture of Saddam Hussein resting on the upper left inside thigh, the tip of the man’s flaccid penis pointed towards the dictator’s mouth. Snow was obsessed with images of the Iraqi dictator for a period, his fascination being emblematic of a wider anti-authoritarianism in both his work and his worldview.

Human skulls also feature prominently in the sculpture Gimme Head Till I’m Dead (2007), an assemblage consisting of an image of a skull and crossbones in white on a black circle on a field of white, around which the words of the sculpture’s title are emblazoned. The image rests upon a chair and against a wall and in front of the chair lies a record player, upon which lies a reflective glass circle lined and in the centre of which rests a human skull. Snow himself was resistant to the term “sculpture” for such works, preferring to call them “situations,” which for him better captured the narrative qualities of his sculptural practice.

His work with collage is represented in the exhibition by Dream Dust (2006), in which an image of a small plastic bag of white powder, possibly representing heroin, is inscribed with the words ‘Dream Dust’ and surrounded in a hexagonal pattern of related apparatus, again possibly opium pipes, fanned out akin to spokes on a wheel, all images being pasted onto a large field of browning, off-white paper.

Making art by recording his life was a form of both communication and catharsis for Snow. His fears, paranoia, anti-authoritarianism and aversion to power and control, led him to reject any form of twenty-first century communication that permitted surveillance by outside authorities. He did everything within his power to avoid the internet, even once its ubiquity became inevitable; he had no cell-phone and did not use email, for example. In lieu, Snow shot thousands of pictures as Polaroids; a tangible, sharable form of image. By recording his life through Polaroids, Snow used his photography to make his private life public. In so doing, he prefigured today’s Instagram with its mania for instant, square images and the rise of “post-internet” art practice, as epitomised by artists such as John Rafman and Molly Soda, posting and sharing their art with hundred of thousands of followers via social media.

Selected Press about Hello, this is Dash →

On the occasion of the exhibition, the gallery is publishing a catalogue to accompany the exhibition including essay by  John Brennan, and photographs of installation views. Read the full exhibition essay here.