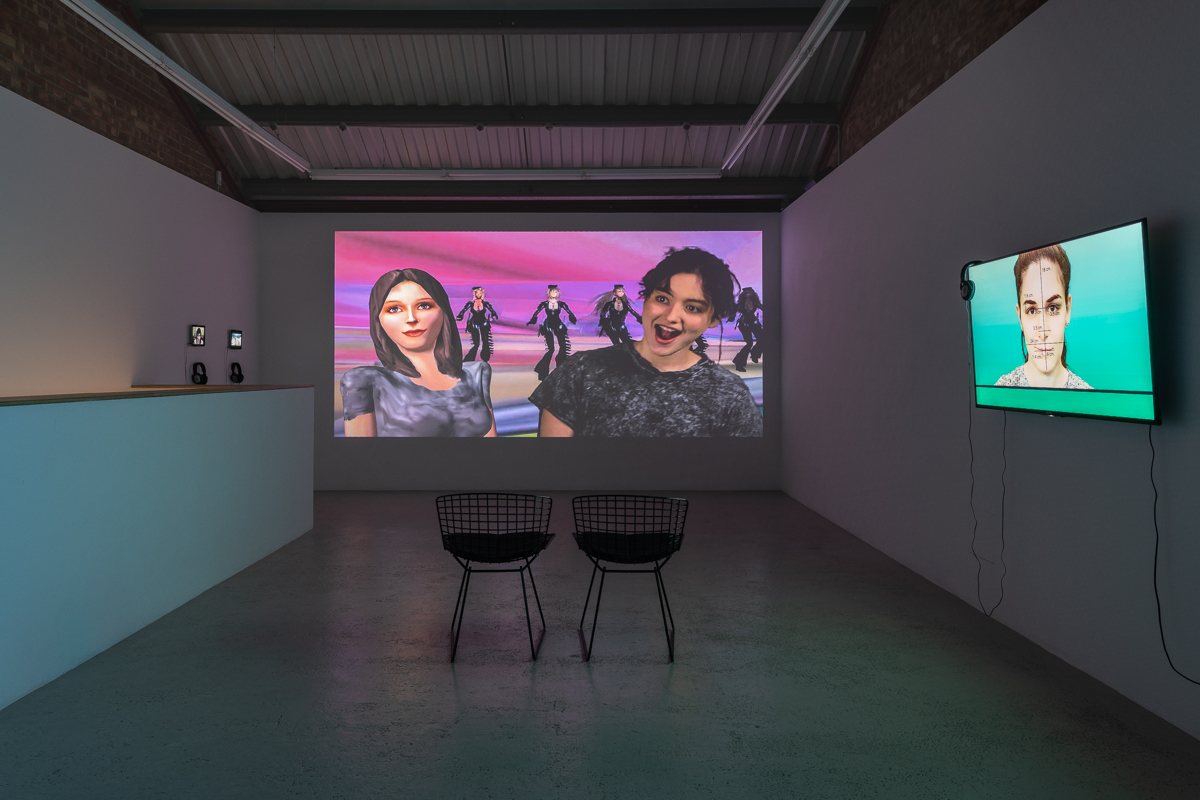 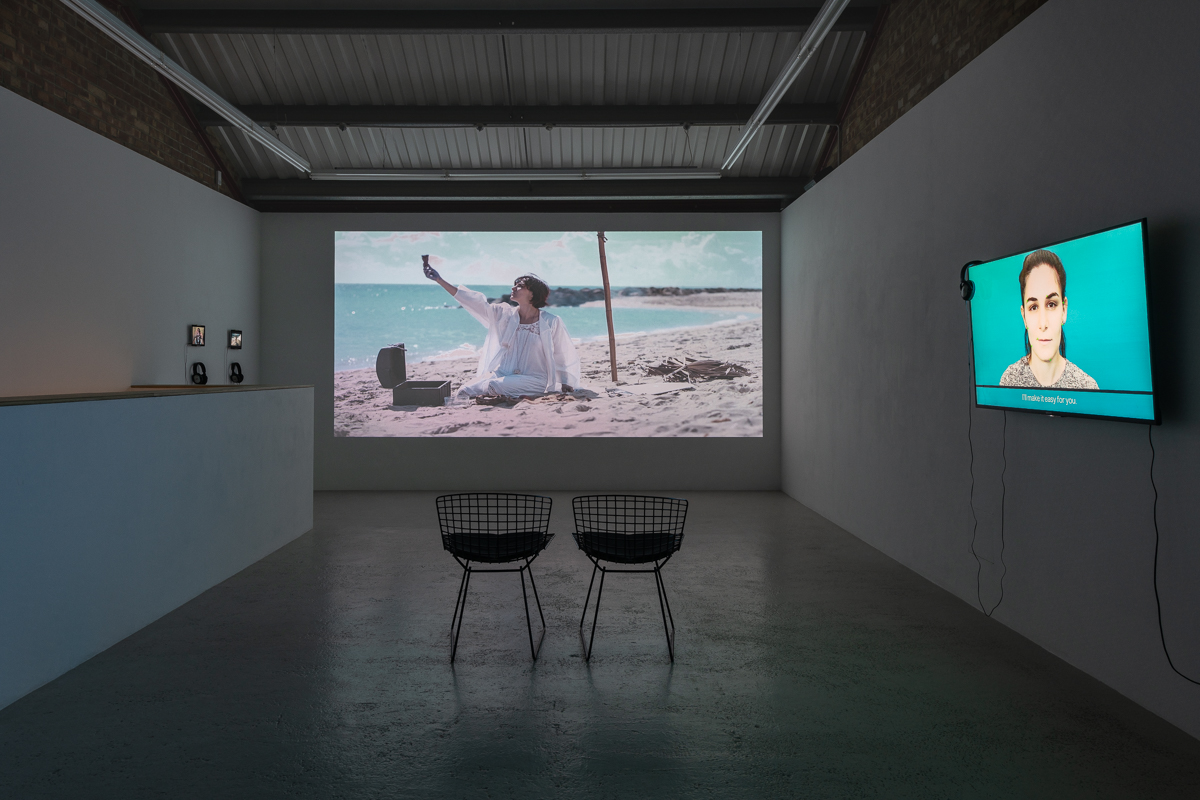 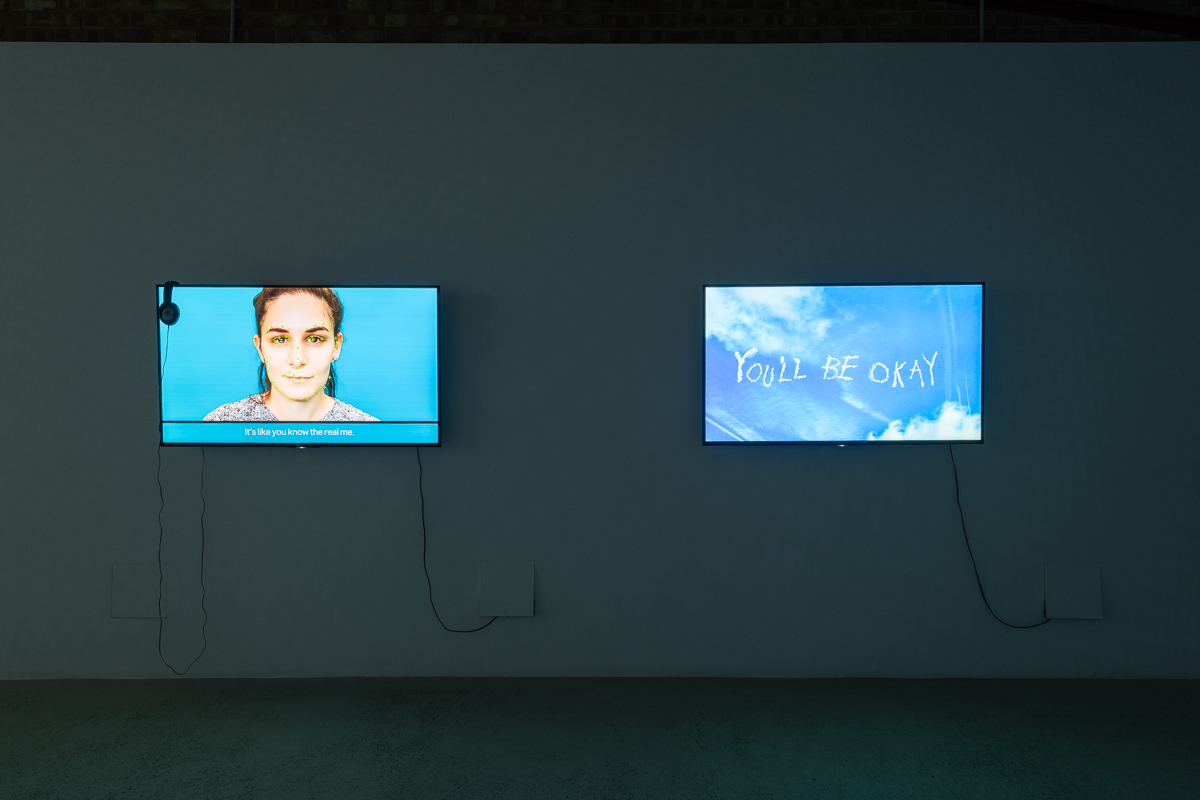 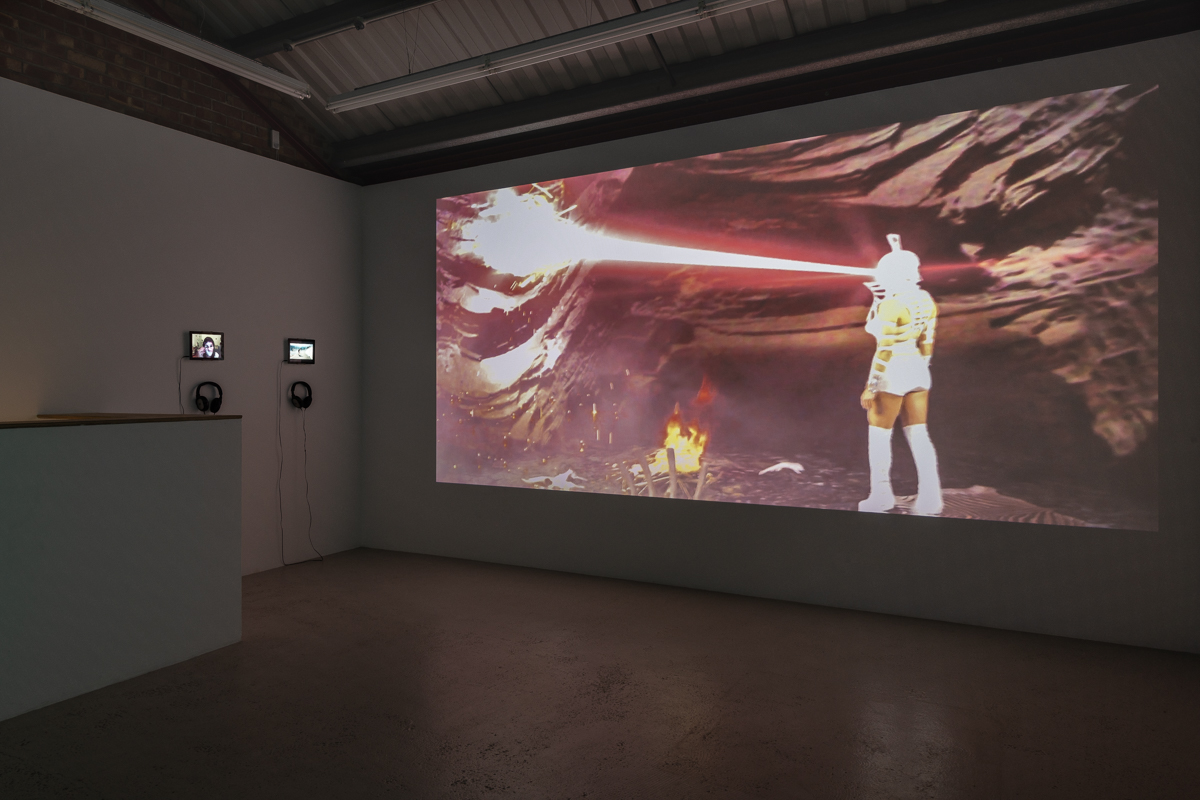 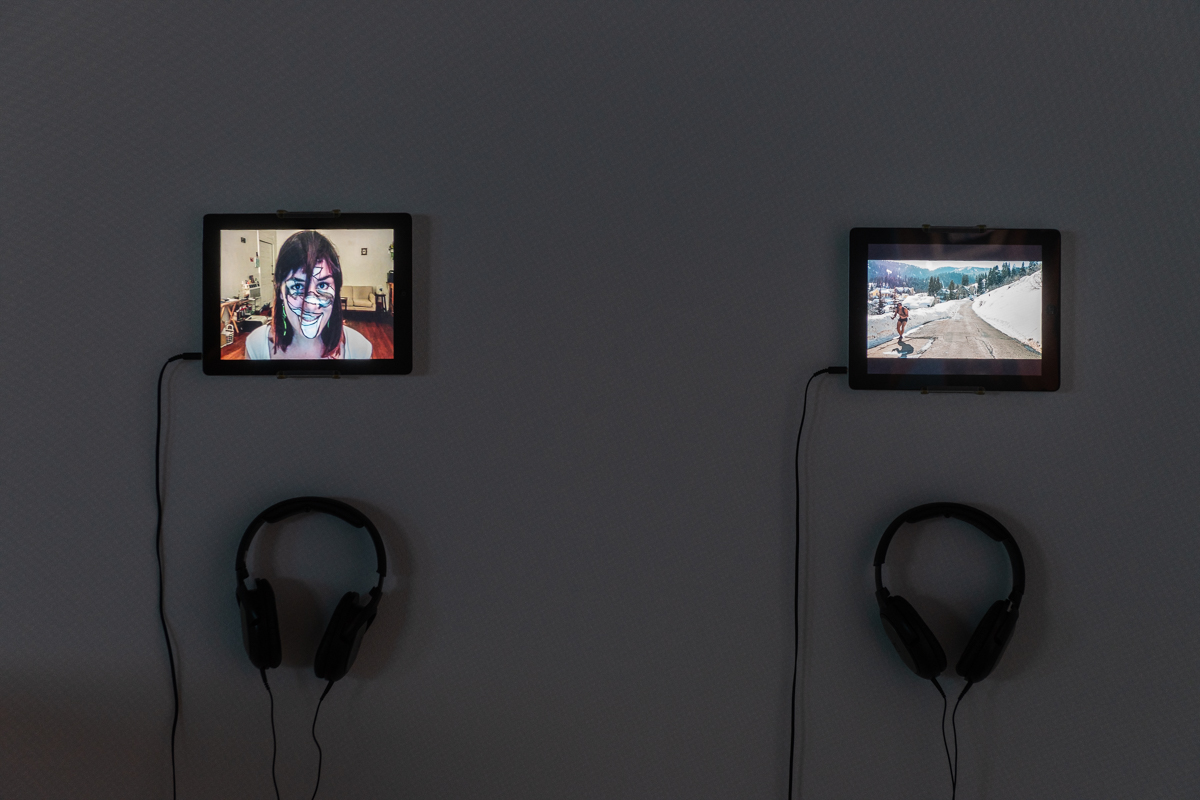 Annka Kultys Gallery is pleased to present an exhibition of recent videos by the American artist Jillian Mayer.  This will mark the artist’s first solo presentation in London.  In Impressions, Mayer addresses the impact of technology on identity and broader humanity, something she attributes to her interest in the human experience.

The exhibition features six videos presented on various devices, such as projectors, TVs and iPads.

Two short films, Arrows (2017) and Measurements (2017), shown on loop on the main TV monitor, are works belonging to Mayer’s “Impressions” series (from which the title of the current exhibition is drawn).  Both films feature Mayer in character explaining the value in charting one’s own biometrics beyond the everyday metrics of weight and height and were born out of Mayer’s research into current technology, including, for example, smile measuring software.  The films emphasise the importance of facial geography and expressions.  Mimicking the appropriative gestures of advertising and prosumer media, Mayer’s portrayals explore what can be learnt from a face and, through mapping the intersection of biometrics and the politics of pattern recognition, Mayer poignantly probes what it means for the human body to be both calculable and algorithmically legible.

On one of the show’s iPads, the film  Make-up Tutorial: How to Hide from Cameras (2013) plays.  Here Mayer presents a YouTube-style ‘how to’ video in the form of a makeup tutorial that teaches viewers how they can hide from cameras and facial recognition algorithms.  While toying with the formats of the ubiquitous cosmetic-focused ‘smoky eyes’ or ‘latest lipstick’ style presentations, Mayer parodies conventional cosmetics marketing as she explores different camouflage techniques, such as how to draw bold lines on her face to disguise the eyes and mouth, which she promises will let the viewer walk around the city undetected by surveillance cameras.  “We all know that cameras are watching our every step” cautions Mayer, as she playfully suggests implementation of this makeup tutorial in your everyday life is key to existing surveillance free.

On a further iPad, Day Off 1 (2016) plays, part of an ongoing series of videos by the artist in which the work’s protagonists play in a fully immersive virtual reality video game.  The video features a half-naked man wearing only underwear and virtual reality googles while outside in the snow, seemingly completely disconnected from the world of the viewer; oblivious both to his own environment, as well as the viewer’s physical presence and gaze.

#PostModem (2013) is asatirical sci-fi pop-musical based on the theories of Ray Kurzweil and other futurists comprised of ten short videos that, when woven together, present a fractured narrative of two Miami girls dealing with the potential impact of the technological singularity.  The work appears via projector on a wall in the gallery.  In #PostModem, the six and seven year-olds note in a bleak, or possibly coldly realistic way, their visions of the future: “one day I gonna die”; “my energy will disperse across the universe”; “everyone I know will be gone” and “everything I do in my life will be forgotten.”

The final video, You’ll be OK (2014), presented on one of the large TV monitors, is a 4 minute looping animation of a reassuring text written in the sky, presented to appear as if a skywriting plane had replicated clouds and man-made technologies could mimic nature.  Set to time-lapsed clouds, the message fades slowly away over several minutes before starting back over as a continuous pre-programmed loop of comfort.

The works featured in Impressions all share Mayer’s intuitive ability to draw from contemporary technology and digital culture to produce multi-layered narratives, often featuring Mayer herself as the conduit for narrative development.

Jillian Mayer is an artist and filmmaker living in Miami, Florida.  Through video, sculptures, online experiences, photography, performances and installations, she explores how technology affects our lives, bodies and identities.  Mayer investigates the points of tension between our online and physical worlds and makes work that attempts to inhabit the increasingly porous boundary between the two.