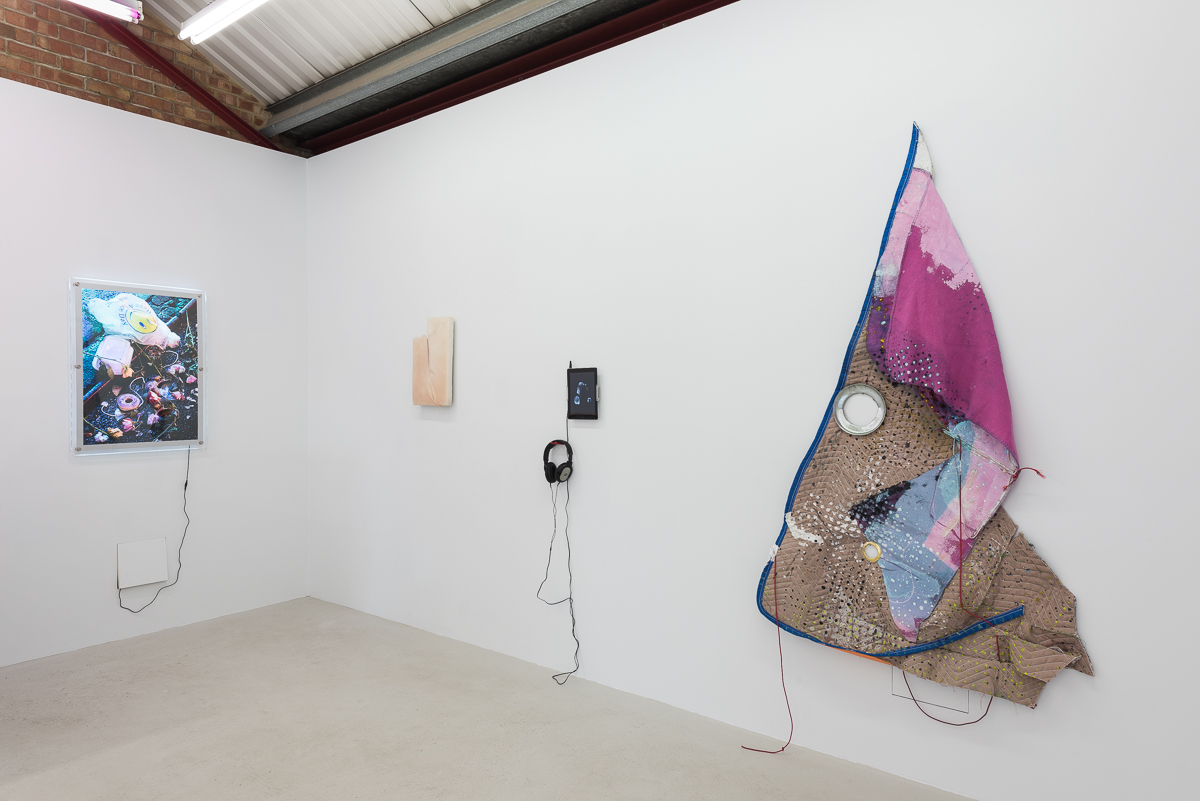 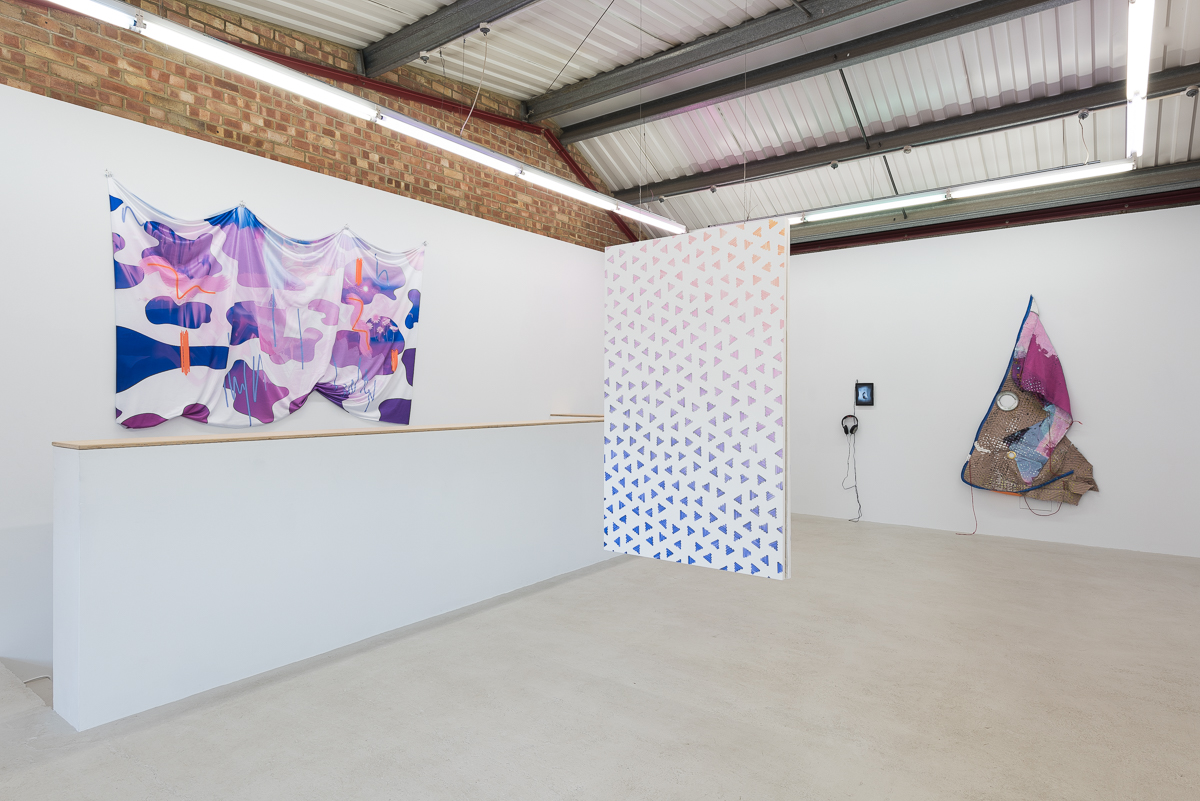 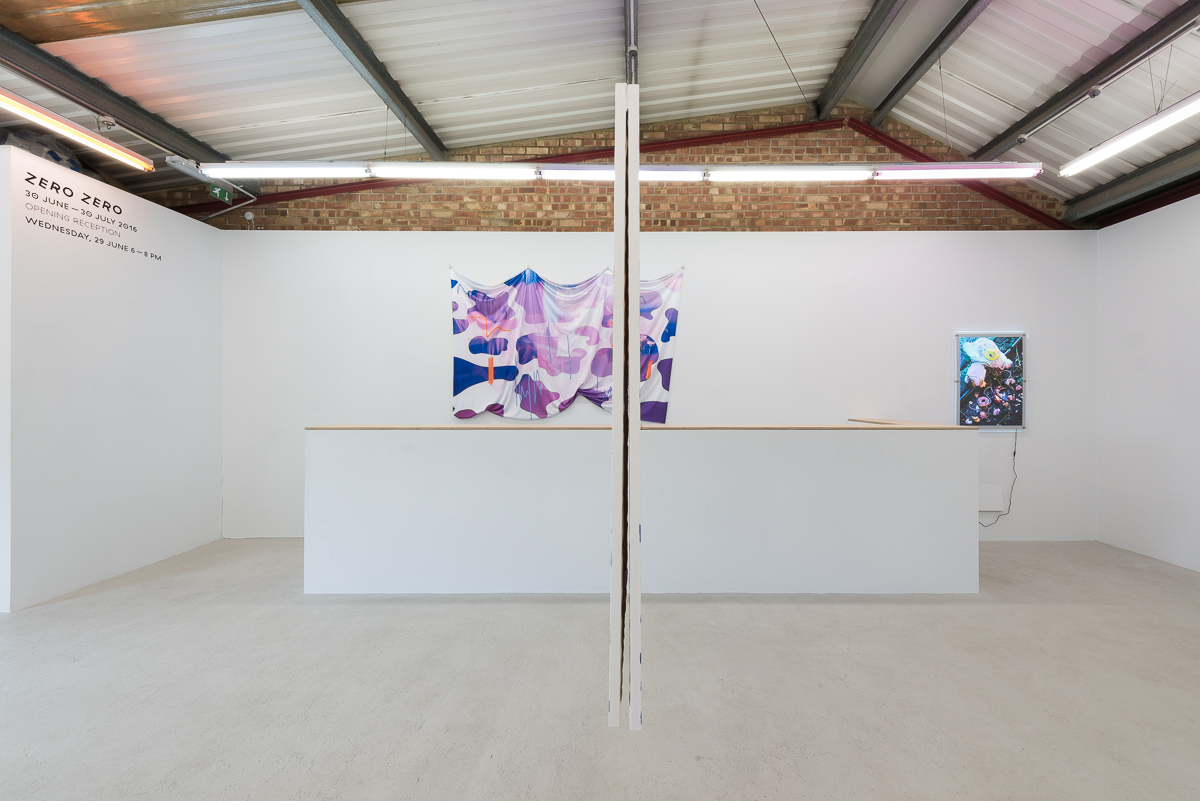 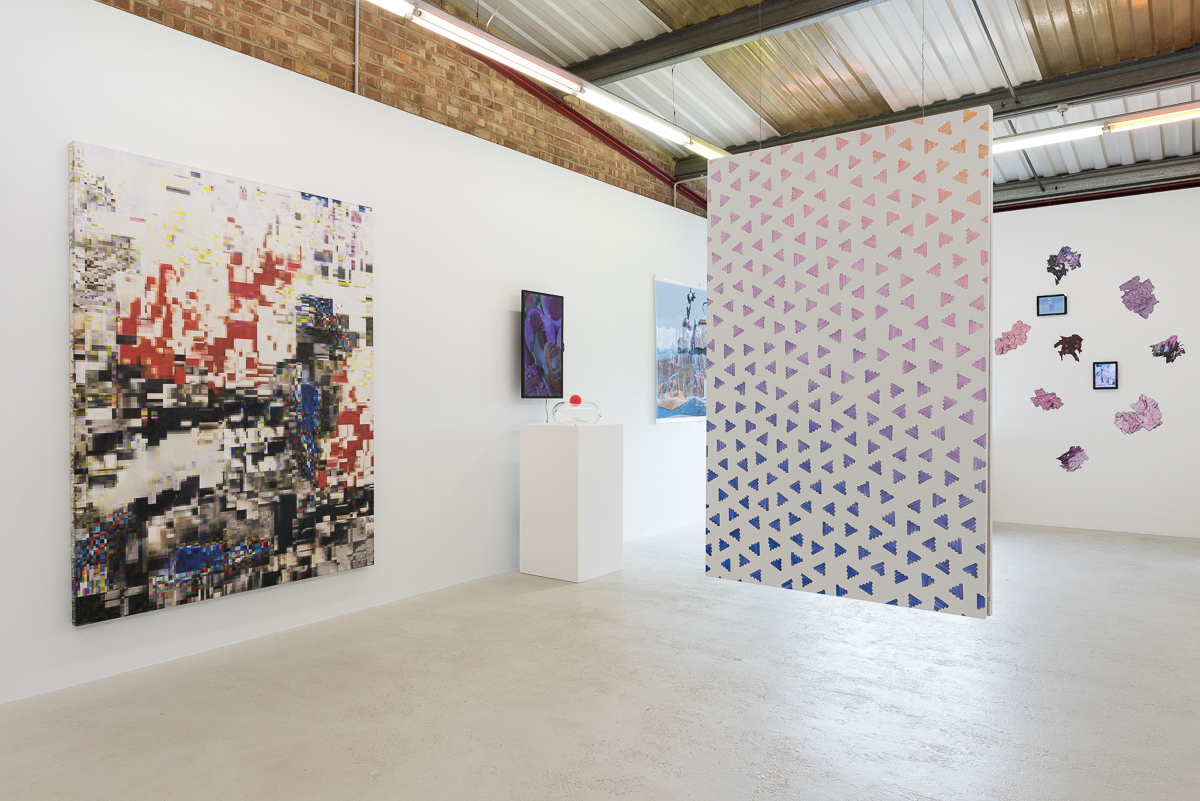 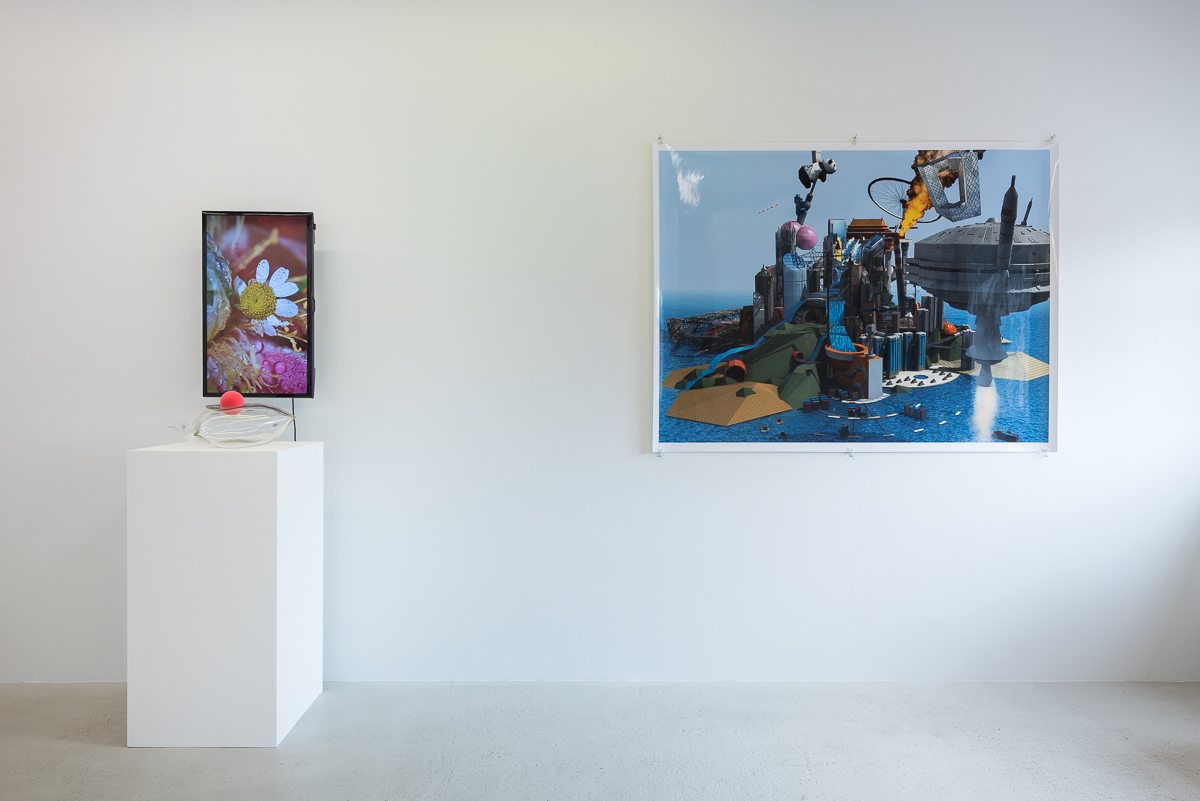 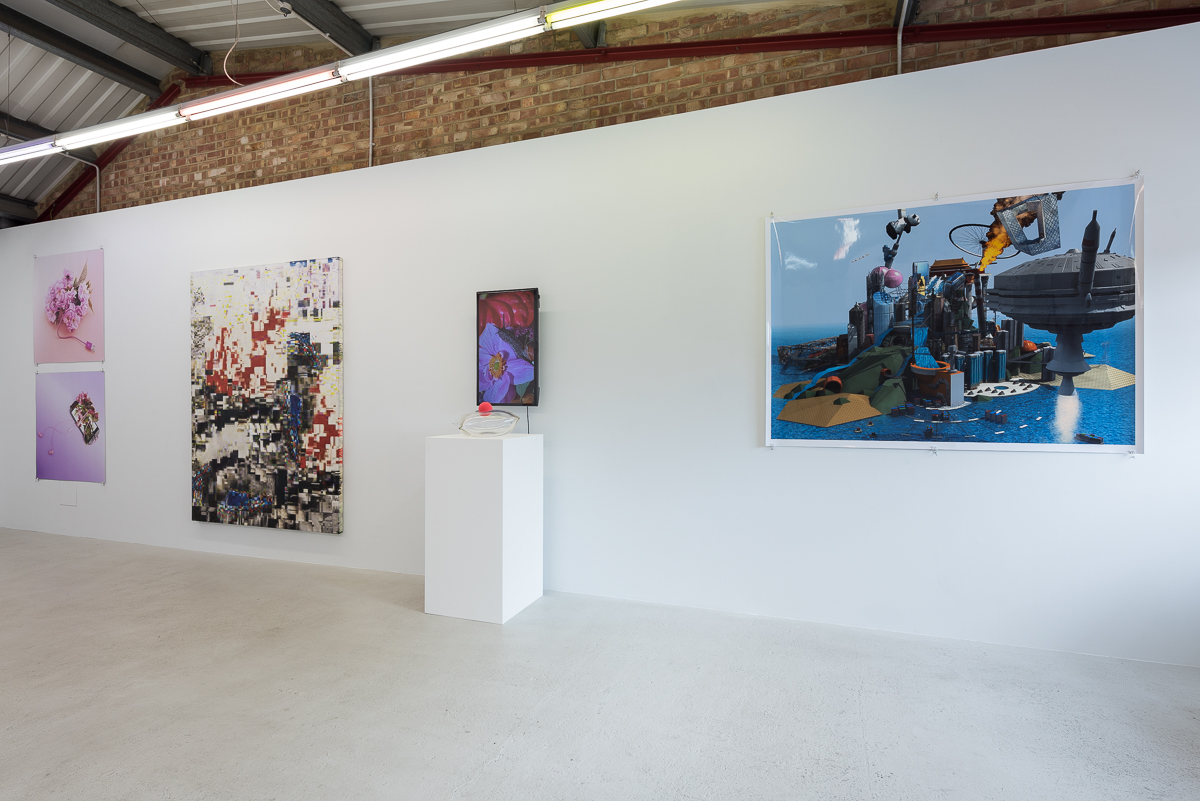 Annka Kultys Gallery is pleased to present Zero Zero, a group exhibition curated by Arvida Byström, Ada Rajkovic and Molly Soda. Exploring ‘reality’ and ‘virtual space,’ the exhibition will present a group of works by artists who employ both traditional materials and/or digital media to create new, imaginary landscapes.  The show will include videos, photography, sculptures, prints, and paintings, navigating the intersection between the virtual and the real.

New York-based sculptor Ivana Basic (b. 1986) creates forms whose surfaces resemble human skin, connoting raw slabs of meat twisting into themselves into awkward, alien-like figures. Her work examines human physicality, its limitations, matter and imagery. In her practice, she tests the boundaries of “human minimality” in terms of the fragility and ephemerality of our bodies and employs the experience of the uncanny as the catalyst for conversation, creating complex virtual identities.

Arvida Byström (b. 1991) works in Los Angeles, London and Stockholm as a model and photographer. She makes images in a contemporary ‘girly’ aesthetic, often using pastel colours and glitter in her meticulously staged work both for fashion and Instagram. While aiming to subvert accepted feminine gender norms by fostering an open culture wherein people feel free to deviate from pre-existing ideals, her pictures are devoid of either irony or sarcasm.

‘Hedonistic and performative’ is how London-based photographer Maisie Cousins (b. 1992) describes her approach to making art. Through her highly-saturated photographs filled with slimy textures of skin, bodily fluids and plants, she explores themes of power, femininity, nature, technology, the body and indulgence; challenging ‘clickbait feminism’ by embracing the imperfections of the human body.

Oliver Haidutschek (b. 1976) creates ‘meta-objects,’ works that appear to be photos of physical objects that are neither paintings nor sculptures, but rather biomorphic forms digitally created in direct relation to contemporary culture’s habit of instant consumption. Living in Beijing, Haidutschek’s work challenges the traditional manner in which the meaning of an artwork is shaped and how the context of its presentation informs its significance by exploiting the proliferation of images across social media.

The work of London-based Lucy Hardcastle (b. 1992) explores tactility, sensuousness and illusory aesthetics through sculpture and digital pieces. In converting 2D imagery into physical objects, she creates trompe-l’oeil sculptures, fluid in shape that lure the viewer into expecting malleable forms, when they are in fact comprised of resistant, hard-surface materials, such as blown glass. As the surfaces of her sculptures are similar to those of her digital renderings, she examines the tension between the physical and the virtual, aiming to create deeply immersive pieces that explore nature of these sensory experiences.

Swiss artist Ivan Liovik Ebel (b. 1983) creates abstract paintings as well as photographs, sculptures, and performances. His work, which typically comprises diptych paintings composed of simple geometric shapes and other less-definitive marks, explores relativity of perception and attempts to articulate and investigate how authorship and meaning of an image is impacted by its proliferation.

Sculptor Eric Mack (b.1987) works in New York and uses found textiles, old clothes and runway fashion to create soft-fabric, sculpture-like works. Amalgamations of silk, cotton, and/or spandex are stitched together and hang from the walls as the artist forgoes traditional support structures in favour of draping fabric or hanging it as if from a flagpole to blur the boundaries between painting and soft sculpture. The artist’s investigation of materiality reaffirms the reality of objects in the increasingly immaterial post Internet era.

The videos, gifs, games, and websites of Los Angeles-based Vince McKelvie (b. 1986) use digital coding to create kinetic, digitally abstract shapes and bodies. The format, motion and aesthetic of McKelvie’s work is informed by the functionality and limitations of digital platforms such as number of pixels, size of the screens, exploring the multi-faceted ways in which digital coding behaves.

Jennifer Mehigan (b.1988), currently working in Ireland, uses traditional and digital methods of drawing, painting and sculpture to create ‘cybersensual’ works: material pieces that combine vivid arrays of colour and abstract forms with a pronounced digital character. Her work, via its blending of media and distinct use of forms, suggests that the classical oppositions of virtual and real, traditional and digital and desire and disgust might not exist in as the stark binaries they are commonly assumed to be.

New York and Los Angeles-based Signe Pierce (b.1988) uses her body, camera lens, and surroundings to make films, performances, photographs and web-based works with a singularly flashy neon, urban aesthetic. Through her work, she posits questions regarding gender, identity, sexuality, and the perception of reality within an increasingly digital society. She starred in and was the co-creator of the highly acclaimed short film, American Reflexxx.

Molly Soda (b. 1989) makes work about girls and for girls in their bedrooms. She takes the private behaviours inherent to those spaces and makes them public, reflecting how that changes the way in which those behaviours are seen and contextualised. A self-described ‘webcam princess,’ Soda’s work spans the array of contemporary digital platforms, including Instagram selfies, YouTube videos, gifs, zines, web-based performance and tweets. Her work explores the technological mediation of self-identity, contemporary feminism, culture and perversion.

The ‘Data Error’ paintings of Konrad Wyrebek depict digitally corrupted images. In his London studio, Wyrebek deliberately distorts images taken from nature, expanding occurrences of digital slippage until the original image becomes almost indiscernible. Through his work, the artist questions how far and how quickly humanity is losing itself in the digital; and how far it is along the journey that merges mind and body with the realm of the machine.