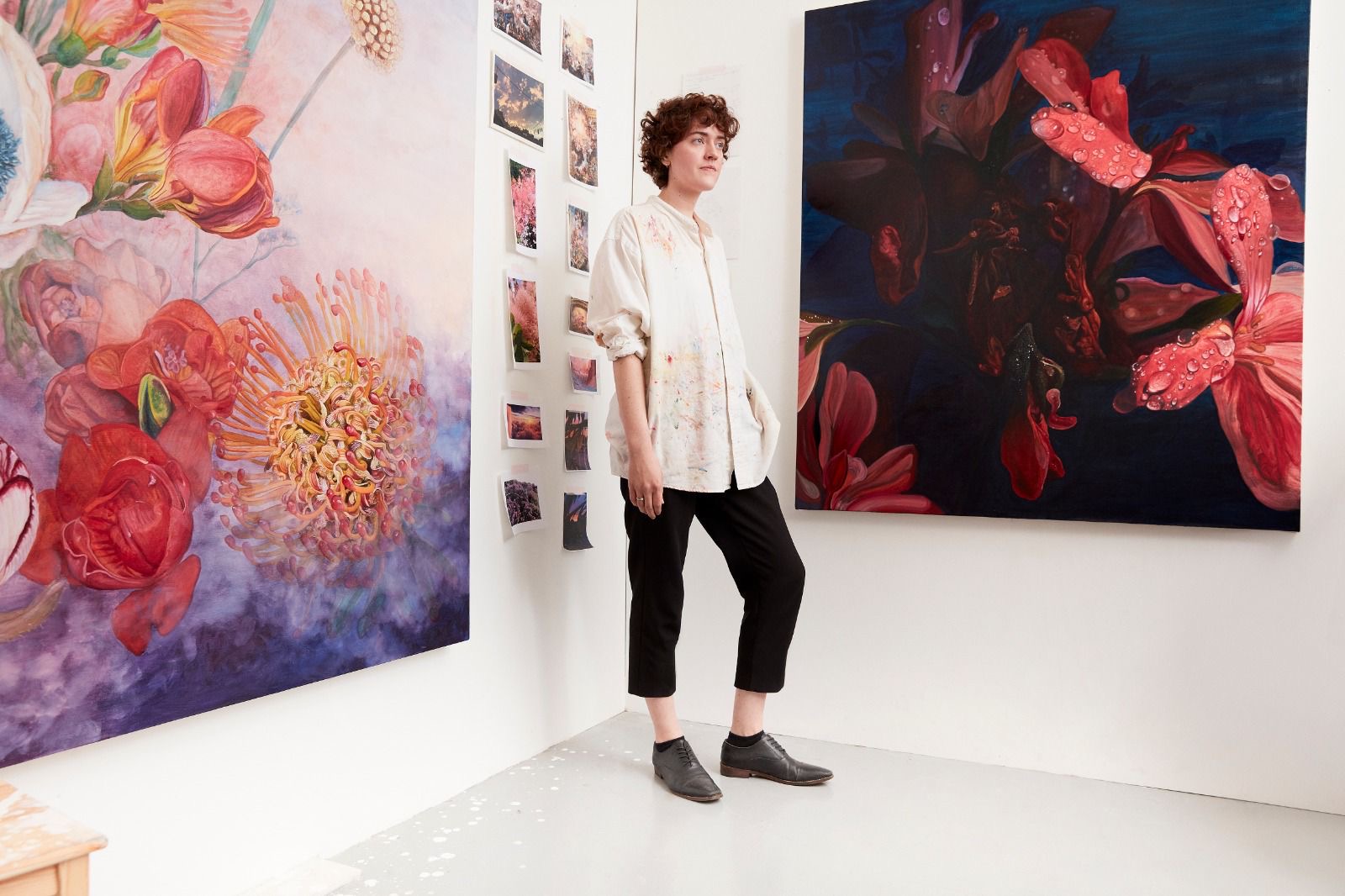 Kate Bickmore has spoken to the Hamilton Spectator about the portrayal of the female body in Pre-Raphaelite painting.

Every art concentrator at Hamilton, and probably every  artist of any kind, is at some point confronted with the task of depicting the human body, whether it be in Figure Drawing 101 or caricature drawing on the streets of New York.  Some, however, put the body at the center of their work.  Two Hamilton art majors, Kate Bickmore ’15 and Sean Henry-Smith ’15, use the human body as a means of exploring gender and sexuality in their artwork.

Kate Bickmore, in her Emerson Project “The Degeneration, Deterioration, and Decay of Society: A Critique of the Femme Fatale in Art,” examines her identity as a woman and comments on sexist portrayals of women in late 19th century pre-Raphaelite male painters. Specifically, her work hones in on the connection that those artists made between women and nature, suggesting that women are a medium over which they have both literal and creative control.  Bickmore explained, “I have always been intrigued by this complex relationship between women and nature, and wanted to find a way to make the connection through a feminist lens.”

She takes the connection further than the pre-Raphaelites did, however, depicting the patterns of the female body that she finds in nature explicitly and overtly. “The vulva forms conveyed in the landscapes of both of my oil self-portraits, as well as my tree knot drawings, suggest enduring fertility and life alongside the pervasive plant species’ potential for deconstruction and reclamation, represented both literally as well as figuratively, taking on the form of a mutation or pubic hair,” she described.  Her project also tested another trope in depicting women, the femme fatal.  For this darker portrayal of women, Bickmore also sees a parallel in nature. “It was through this that I came up with my motif of using weeds, grasses and moss as a representation of the inherent power of these intrusive plants to break through the man-made constructs put upon them, and then to ultimately destroy these constraints.”  In this sense, the connection of women to nature is both empowering and limiting.

The exhibit included three nude self-portraits. When asked about her decision to portray herself in her paintings, Bickmore explained, “It felt quite natural that my work would manifest itself in self-portraiture because the issues at hand were quite personal to me. I felt the most honest way for me to articulate my message would be through using my own body as a medium to express myself.”

Similarly, Henry-Smith’s photo series “Slugs, Snails, and Puppy-Dog Tails” explores the meaning of masculinity through portraiture.  He photographs shirtless men using natural light and outdoor settings.  On the conception of the project, Henry-Smith said, “The series started off as a study of masculinity, trying to figure out what exactly that entails. So I feel like I approach it very inquisitively… I don’t think there is one way of being a man.”

While Henry-Smith says that he has always been interested in documentary photography, he didn’t begin taking pictures himself until he came to Hamilton.  He credits Assistant Professor of Art Robert Knight with identifying early on that questions of male identity were an undercurrent in his photography. Not long later, Henry-Smith began his portrait series. He noted, “The first model I started almost a year ago now wasn’t really working, and I realized that a lot of the pictures and conversations I was having with subjects almost kept proving that men didn’t necessarily know how to be men.”  Henry-Smith finds that even his subjects that are perceived as “tough” aren’t sure how they relate to an archetype of masculinity.  In each portrait, the photographer sees “both the performance of how these people understand themselves and also how they want themselves to be perceived.”

Henry-Smith focuses on trying to capture the vulnerability of his subjects, which he sees as a key theme in his work.  His photography has a personal aspect as well.  “I think that Slugs, Snails, and Puppydog Tails has helped me explore and is continuing to help me figure out who I am as a man,” he said of the series.  His photography has had a positive effect on others, too.  “This visual representation of different identities has sparked more of the conversation and some dialogue between others.”  Henry-Smith has been approached by people who say they want to participate in the series in order to explore their own masculinity.  He said, “A lot of people don’t know what to make of [masculinity] because it’s such an ambiguous thing.”  When asked if he had a comment to make on masculinity, Henry-Smith replied simply, “I feel like I still have more work to do.”

Currently, Henry-Smith is working on a Smallen Grant project with Chip Sinton ’15 to interview and photograph LGBT students and staff about their experiences at Hamilton.