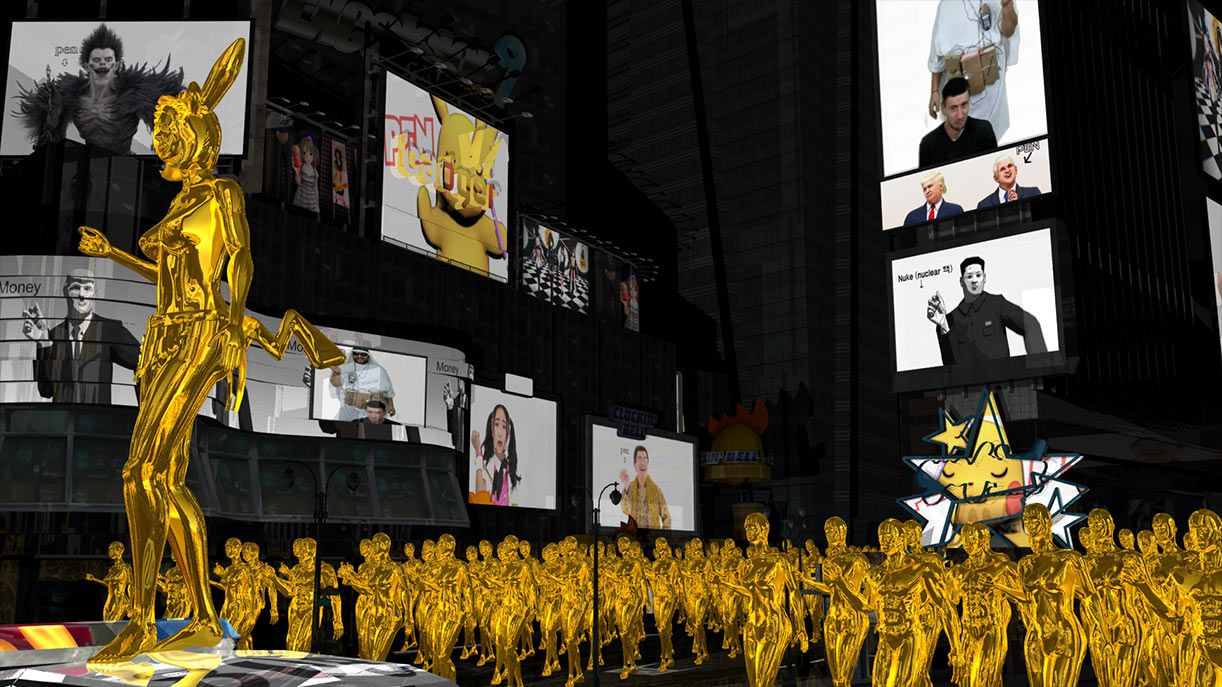 Ziyang Wu’s The Last Subway, Included in the group exhibition at Institute of Contemporary Art, is mentioned in Julia Davies roundup of must-see art exhibitions in Philadelphia.

Make the most of your summer in Philly with days spent at the city’s best museums.

Summer office jobs and classes can be draining for the creative soul. In between looking at computer screens, readings, and reports, it may be refreshing to look at something with a little more color and depth than a laptop screensaver. Enter Philadelphia’s array of art museums. This summer, the city will be home to amazing works from artists ranging from Van Gogh to local filmmakers. Adventure out and explore these four special exhibits that, like summer, won’t be here for long.

Hanging in the Barnes’ Annenberg Court are 11 two–meter tall black paintings covered in stroked and flung white paint. In the first time since collector Albert Barnes commissioned his Matisse mural, Pat Steir has been invited to create these dramatic pieces specifically for the Barnes Foundation. Inspired by East Asian art and philosophy, Steir has been working on her iconic, abstract ‘waterfalls’ since the 1980s. With broad expressive paint strokes, she captures the movement of water and wind. Looking at the works, one can almost picture the performance that Steir carries out as she pours, strokes, and flings paint onto the canvas. On the tan walls of the museum, these monumental paintings bring life and energy to the whole space.

Open Video Call 2019 at the Institute of Contemporary Art

Each year, the Institute of Contemporary Art presents a selection of new video works by Philadelphia-based artists and film–makers. This year’s Open Video call features the video ‘Memories from the Future’ created by M. Asli Dukan, digital–animation titled ‘The Last Subway” by Ziyang Wu and stop–motion animation titled ‘Black & Brown Sketch’ by Erlin Geffrard. A part of Penn’s campus since 1963, the ICA has operated to expose students to the latest happenings in the world of art. It is a non–collecting museum that has developed a reputation as one of the preeminent venues for contemporary art. On June 26th, the museum will also be having a rush screening for Open Call Video in which the first 10 submitted videos on that day will be shown. If you’re in town, make sure to not miss this free event (and free pizza too!).

The Impressionist’s Eye at the Philadelphia Museum of Art

This exhibition brings together nearly 80 works of impressionism and post-impression together. Paintings, sculptures, drawings, and prints by Claude Monet, Vincent Van Gogh, Mary Cassatt and other beloved artists, are presented side–by–side. Together, these works of art form the innovative and untraditional world of impressionism, experimenting with light and movement to create images rich with blurry strokes and emotion. This 19th–century art movement, once ridiculed by conventional artists, has produced some of the most recognized pieces of art such as Claude Monet’s The Japanese Footbridge and the Waterlily Pool, Vincent Van Gogh’s Sunflowersand Degas’s Little Dancer sculpture. Now, these historic works can be seen in just one place.

Sara Berman’s Closet at the National Museum of Jewish History

Featuring an installation on the fifth floor of the National Museum of Jewish History and outside on the Museum’s Kimmel Plaza, Sara Berman’s Closet is a perfect spot to visit whether you’re just walking through Old City or enjoying a whole day at the museum. A re–creation of Sara Berman’s closet along with those of her daughter and grandson, artist Maira Kalman and curator Alex Kalman honor the stories that everyday items tell. The installation outside of the museum on Independence Hall parallels Sara’s story with those of the founding of the nation. Meanwhile inside, one can more deeply explore the meaning of immigration, independence, feminism and family.