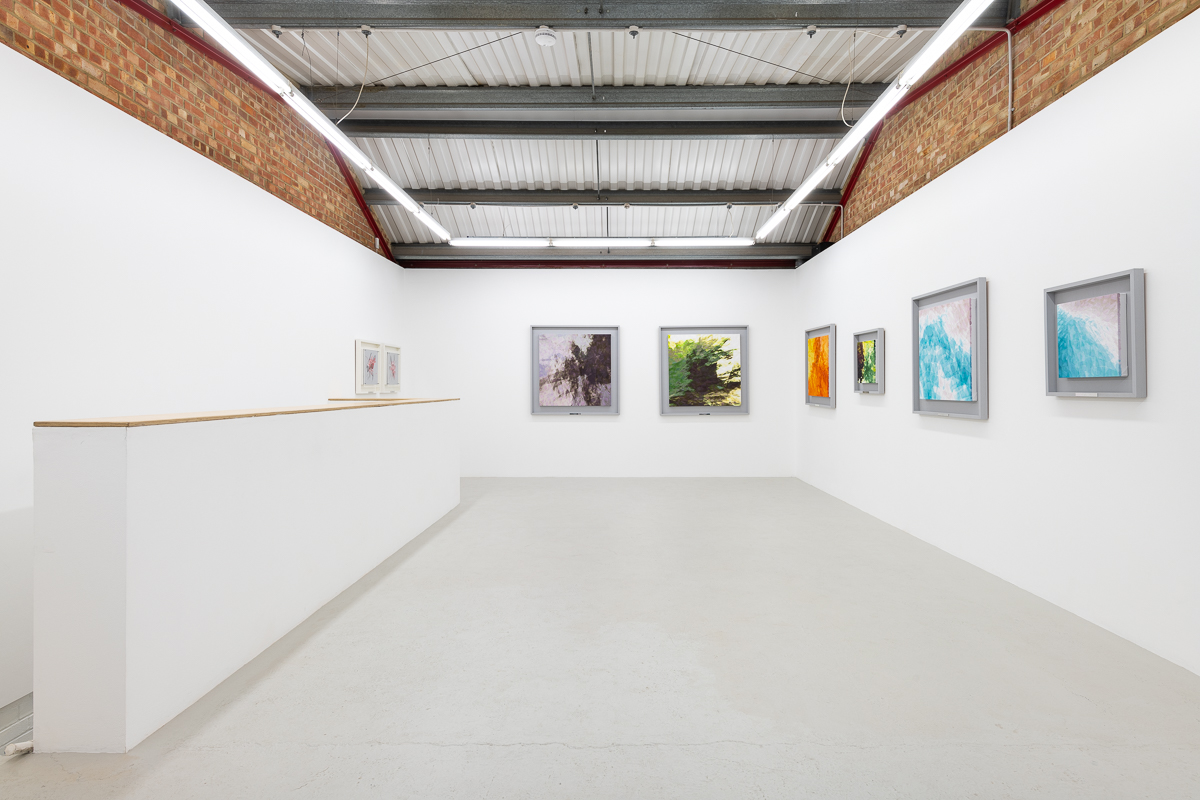 Annka Kultys Gallery celebrates its fifth year anniversary with Do Robots Dream of Electric Bees?, a ground-breaking, first commercial gallery exhibition of the work of an artificially intelligent artist.

The exhibition builds on the gallery’s historic, world’s-first representation of a robot artist to present recent works by Ai-Da, the bespoke, life-sized, humanoid robot artist. Much broader in aspiration than mere imitation of a human artist, Ai-Da comprises an ethical arts project intended to highlight the beneficial and creative uses of artificial intelligence (AI) within contemporary art, while simultaneously providing a vehicle for exploring the multifaceted challenges facing late-stage capitalism, such as global warming, unprecedented specie extinctions, drug crises and the precariousness of most jobs created by today’s immense flows of liquid global capital and the supranational business practices that accompany them. The project nonetheless manifests itself through the eponymous robot, Ai-Da, described by her creator, Aidan Meller, as the ‘first ultra-realistic robot artist in the world,’ who is also of course a work of art in herself.

Do Robots Dream of Electric Bees? presents recent paintings and sculptures, as well as video works, by the artist. Shattered Space: Inua Apis-Ipsa (2020, 40.5 x 40.5 cm image, original giclee and oil on canvas) is a predominantly yellow abstract painting, composed of sharply delineated shard-like spaces, reminiscent of the cubism of Picasso and Braque, but perhaps even more evocative of postmodern aesthetics and their embrace of the contingent, multi-faceted and plural nature of existence under early twenty-first century neoliberalism. The Latin ‘apis’ in the work’s title and the choice of yellow for the composition, are references to the recent plight of bee species, the steady global population decline of which has become a shorthand for the various ecological crises facing the planet, as highlighted of late by pressure groups such as Extinction Rebellion.

Ai-Da creates her paintings by capturing images using the camera in her eye, which are processed by her AI algorithms to become real space coordinates, and are then translated into drawings using her robotic arm. Like other artists, from Rembrandt and his workshops during the Dutch Golden Age, to Andy Warhol’s Factory in the sixties, and Damien Hirst and his dot paintings (Hirst painted the first 25 works in the series before handing over to his assistants to complete the remaining now over 1,400 works), Ai-Da collaborates with others to produce her paintings and sculptures. Once Ai-Da has completed an initial design for a painting, assistants then proceed to complete the work by manually applying the paint onto the canvas.

Do Robots Dream of Electric Bees? takes its title from Philip K. Dick’s classic 1968 science fiction novel Do Androids Dream of Electric Sheep? Dick’s novel is set in a post-apocalyptic San Francisco in which life on Earth has been largely destroyed by a thermonuclear world war that has left most animal species endangered or extinct. The plot follows Rick Deckard, a bounty hunter who is tasked with ‘retiring’ (or killing) six escaped Nexus-6 model androids. Notwithstanding the dystopian backdrop to the novel, its central theme and the notion that links all Dick’s fiction, is the exploration of what is real and what is fake. In producing a state-of-the-art android artist, the Ai-Da project immediately posits questions redolent of Dick’s theme, such as: How close is present AI-technology to approaching human capabilities? Is there anything truly unique about mankind or are we just biological machines? What is creativity? And is robot art and human art distinguishable? Gallery goers visiting Do Robots Dream of Electric Bees? will have an opportunity to draw their own conclusions on many of these issues when Ai-Da appears in person at Annka Kultys Gallery for the show’s opening reception on Thursday, 10 September 2020 (2pm-8pm).

With her bronze Gileanu Apis (29 x 29 x 31 cm, original bronze) Ai-Da continues to develop the theme of bees and environmental concerns through the sculptural depiction of a bee in bronze. The decimation of bee populations from man-made pesticides is an especially poignant motif. Bees famously exhibit social homeostasis (homeostasis is the ability or tendency to maintain internal stability in an organism to compensate for environmental changes) when they collectively manage the ventilation of their hives by co-ordinated flapping of their wings en masse to cool the hive when it is in danger of becoming over-heated. In Dick’s novel, earth has become so devasted after the nuclear war that ownership of real animals becomes the de facto status symbol to assess social achievement. Deckard keeps an electric sheep on his rooftop but has to pretend it is real to his neighbours for the sake of appearances. And while the threat of human extinction via nuclear war recedes, with 2020 being 75th anniversary of Hiroshima and Nagasaki, the last and only nuclear explosions in armed conflict, humankind is arguably facing the new but equally existential threat of extinction from global warming. The need for human homeostasis has never been greater.

Global warming is also behind the phenomenon of rising ocean temperatures. In Ai-Da’s Shattered Space: Thosis Doria (2020, 99 x 99 cm image, original giclee and oil on canvas), a large abstract painting in hues of blue, teal, aquamarine, beryl and sea greens, the work references the environmental impact warmer oceans have upon the planet. These include loss of fragile habitations as sea levels rise, increased water-acidity leading to the destruction of coral reefs and increased extreme weather events, such as hurricanes.

The title to Dick’s novel enquired not just as to whether androids can even dream but more particularly what they actually dreamt of. It is a wonderful title, mixing as it does human clichés about counting sheep to send one off to sleep with ideas of whether androids dream of socially advancing consumer products (as real sheep are in Dick’s novel) and in so doing ape human behaviour symptomatic of late capitalism, albeit transferred from real to robotic objects of desire to match their own robotic natures. The question of robot consciousness has challenged philosophers ever since robots were first imagined. In Do Androids Dream of Electric Sheep? Deckard has to determine whether the being he is interacting with is human or an android, a question on which life and death literally hangs. Deckard is able to use the ‘Voight-Kampff’ empathy test to identify androids, premised on the idea that androids lack human empathy. Yet he encounters a Nexus-6 android so sophisticated that she nearly defeats the test and gradually Deckard falls in love with her. In 1950 the English mathematician Alan Turing proposed his Turing Test or imitation game in which an interrogator tries to distinguish a computer from a human based only on their responses. If the interrogator is unable to distinguish the two, then the machine is said to have passed the test. By contrast, AI philosopher John Searle using his Chinese Room argument, has suggested that an artificial intelligence executing a program cannot be shown to have a ‘mind,’ ‘understanding’ or ‘consciousness,’ regardless of how intelligently or human-like (i.e. Turing Test passing) the program may make the artificial intelligence behave. Searle’s contention was that such a program was only simulating consciousness. Which illustrates that AI advances, such as Ai-Da, are arguably best appreciated as tools for, amongst other things, teaching humanity more about itself, about how we operate and about what makes us unique. For example, so little is currently understood today about human consciousness , it remains one of the great unsolved mysteries confronting science today. Artists fearing redundancy from robot artists should look to the experience of the Luddites in the industrial revolution for comfort that there will always be a place for the new and original as society evolves. And who knows how society will develop going forward? Some, like futurologist, Ray Kurzweil, building on the work of scientists such as John von Neuman and IJ Good, have suggested that exponential increases in technologies like computing, genetics, nanotechnologies, robotics and AI, will inevitably lead to the Singularity, or the point at which machine intelligence and human intelligence merge, being achieved. Whereupon the nature of human life and indeed humanity will be radically altered in terms we are yet to fully comprehend.

The brainchild of English gallery director Aidan Meller, Ai-Da was created in 2019 and built by Engineered Arts, the Oxford-based specialists in developing humanoid and semi-humanoid robots. She uses AI algorithms that reflect pioneering techniques in AI art created by PhD students from the Machine Learning Department at the University of Oxford to create her art. Ai-Da is named in honour of the English mathematician and writer, Ada Lovelace (1815-1852). Lovelace is today remembered for her work on Charles Babbage’s proposed mechanical general-purpose computer, the Analytical Engine. Widely regarded as being the first person to recognise the full potential of computers, Lovelace is universally celebrated as one of the pioneers of what would eventually become the discipline of computer programming. Ai-Da’s outward appearance, and more specifically her blue eyes, facial features, complexion and dark brown hair, etc, have been created using available images of Ada Lovelace, such as the 1840 portrait attributed to Alfred Edward Chalon and the charcoal drawing of Ada aged 17 from Joan Baum’s The Calculating Passion of Ada Lovelace(1986), in homage to Lovelace.

Since Ai-Da’s launch in 2019, she has been covered in over 900 publications, shown at leading public arts venues such as the Barbican Gallery London, Tate Modern, Ars Electronica in Dubai and Abu Dhabi, and been interviewed by Tim Marlow when Artistic Director of the Royal Academy. In February 2020 she presented a TEDx talk, which received over 100,000 views in its first few days online. Ai-Da’s schedule for 2020-21 includes a further seven museum shows, partnering with the (now) 2021 Tokyo Olympics and exhibiting at the United Nations.

Ai-Da’s works in Do Robots Dream of Electric Bees? – her paintings, video performances and sculptures – speak to the very nature of art itself and raise some of the most profound issues facing the art world and humanity more generally at this point in history. What relationship will robot artists have to their human counterparts? What really separates man from machines? Can robots ever achieve consciousness? What will be humanity’s relationship to its environment? Will man’s next evolutionary step inevitably be towards the transhuman? And does humanity as we presently understand it even have a future? Like the androids in Dick’s novel, which were intentionally drawn to be more human than its human protagonist, the robot artist Ai-Da is best viewed as a mirror held up to human action, and contrasted with a culture losing its own humanity.

Link to the full announcement →