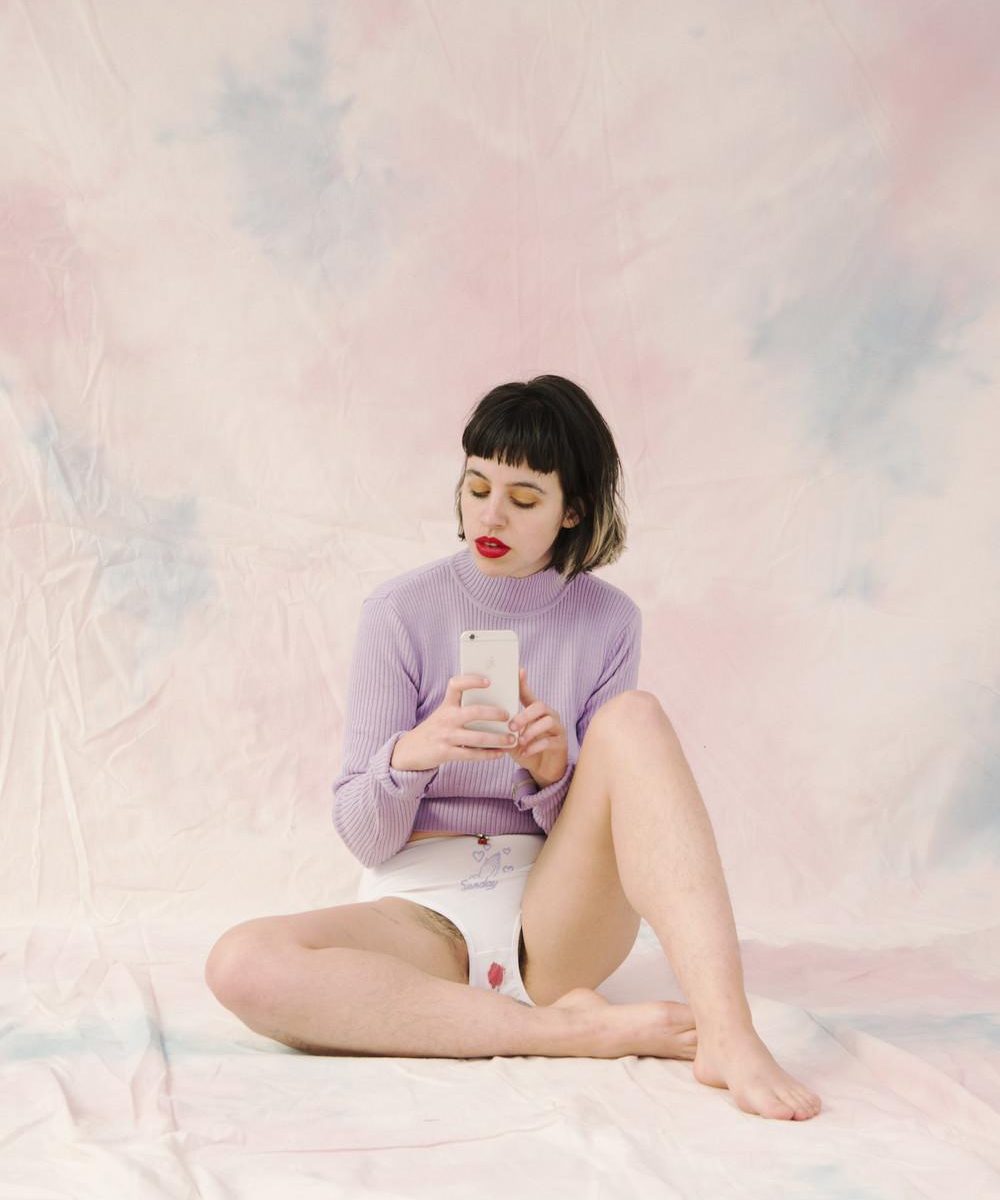 Vice has interviewed Romke Hoogwaerts about Mossless, a new photography publication that features work by Molly Soda and Signe Pierce.

Photos That Blur the Line Between Public and Private Personas

VICE and the photography publication Mossless have been buds for quite some time, so when I found out Mossless founder Romke Hoogwaerts was taking on a new project in partnership with International Center of Photography here in New York City, we had to find out more. The ICP’s exhibit, which opens on June 23, is called Public, Private, Secret, an apparent nod to the Gabriel Garcia Marquez quote, “All human beings have three lives: public, private, and secret.” To accompany it, the fourth Mossless volume will be dedicated to the same themes of privacy, secrecy, and the different identities people put on.

Below is an interview we did with Hoogwaerts, and following that are excerpts from the book, including conversations with photographers Stacy Kranitz, Anouk Kruithof, Molly Soda, and Arvida Byström.

VICE: Last year you discussed taking a small break from Mossless to focus on other projects, what made you go full force into a new iteration in partnership with ICP?
Romke Hoogwaerts: We had been planning a big book on portraiture and identity. It was a really daunting idea. The whole concept is massive and has been explored in more ways than we could possibly undertake. We just thought we couldn’t do it on our own. It was at the New York Art Book Fair last year. I was falling apart, and I remember telling people I needed to take a year off. Keep in mind, we do this in our spare time! When we’re working on a project, we basically wave goodbye to meaningful spare time and time to spend with friends. It can take a toll on you. Hell, in the middle of making the last book, I suffered a stress seizure that paralyzed my left shoulder for a few weeks. But at the end of the book fair, [ICP Curator-in-Residence] Charlotte Cotton came to our booth and asked if we wanted to collaborate. How could we say no to that? With their support as well, we knew it would all be possible.

What inspired the theme? Was it something you had in mind from the beginning, or did it take gathering work for the common subject matter to show through?
Since we’d already gathered a ton of content on the theme of portraiture, when we were told that ICP’s first exhibit would be on themes of privacy, I figured there was a perfect opportunity to mix ideas. We came up with the name Public/Private/Portrait, and oddly enough, ICP independently came up with the exhibit title Public, Private, Secret. We had a lot of work that applied perfectly and found a lot of other work on the theme that was incredibly powerful as well.

How do you choose what work to include and exclude? What drives your decision?
Oof. That’s a tough one. I’d like to say intuition, but it’s so relative to what I’m looking at, what I saw before, and unavoidably also the things I haven’t seen that I’m missing. I don’t really like to make calls for submissions for themes because I know I’ll have to turn a lot of work down. I prefer to consistently look at work online, click every link I can, subscribe to every newsletter that seems useful, and so on.

Work we exclude… If something’s been seen a whole lot, or if the artist isn’t present online, those are two no-nos for us, generally speaking. Then of course, if the work just doesn’t feel right, or is already covered by another artist in the book. There’s no reason to double up on the same concept if they argue the same point.

Mossless started as an online platform, and as you continue to work on the project, it becomes a publication that focuses primarily within the print format. What prompted the shift? Why the focus on print, and how does it fit into the modern landscape in which we experience photographs?
Print was always the end goal. When I was doing the four-question interview format, posting every two days, I encountered an artist that could not possibly be explored so compactly. That was Sean Vegezzi, one of the four features from our first issue.

If you like, reblog or save a photo online, it’s not the same as owning a physical copy. The ownership of a photograph or an artwork, it becomes part of your identity in a weird way. The work becomes a part of you! I don’t know how to explain it, but that’s how I personally feel, and it seems I’m not the only one.

The wealth of content online has affected a ton of industries, but we try to work in tandem with it. We try to distill a lot of what we love from lesser-known artists online into beautiful objects that our readers and the artists themselves can love. What a joy it is to see those books in the physical world! The book we’re making right now is shaping up to be an incredible object as well. We have so many incredible artists in it and a magnificent designer, so if we reach our goal on Kickstarter [which they just did], we’ll get the treat of it existing IRL too.

Link to the interview →