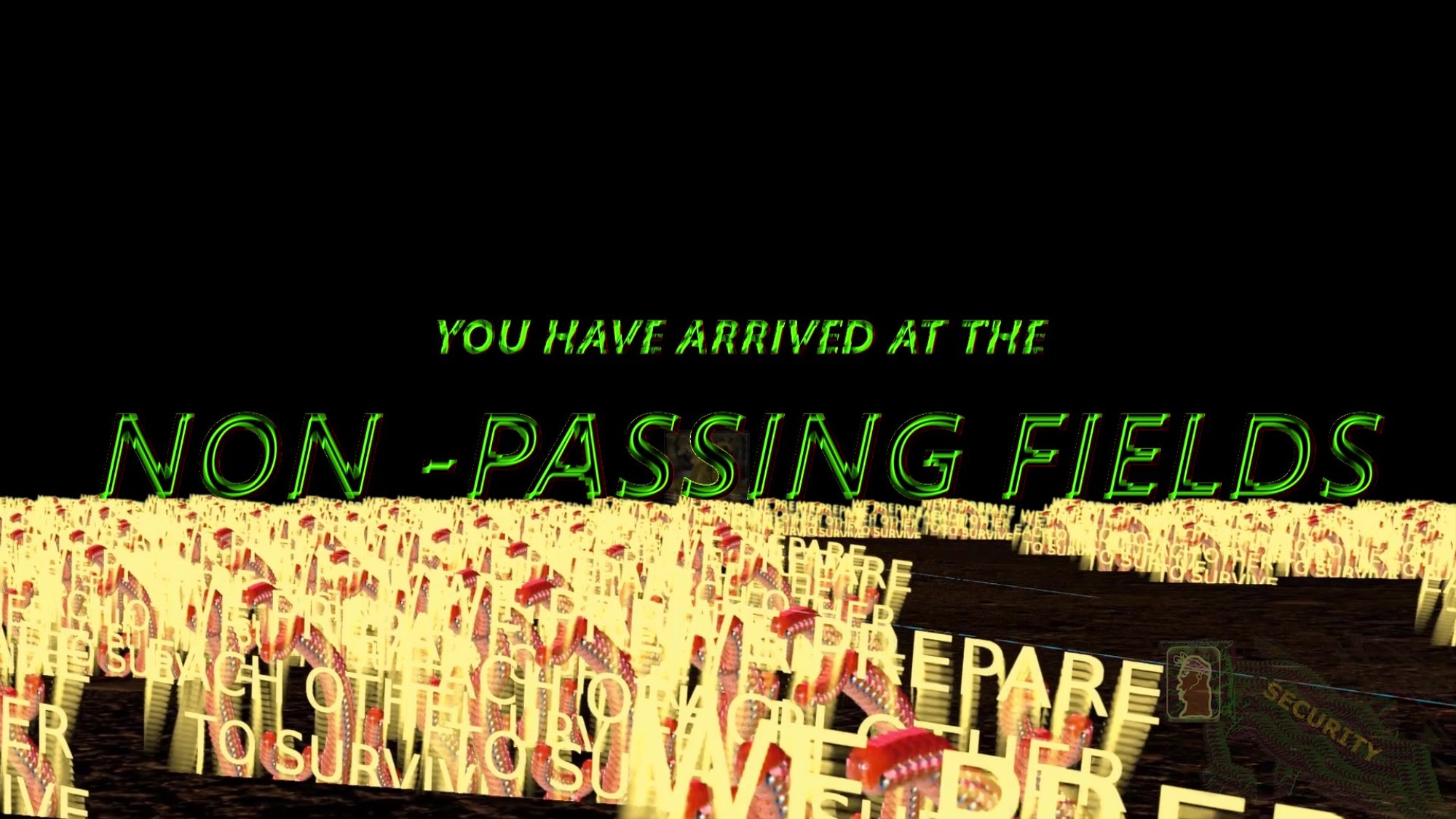 i-D have profiled Danielle Brathwaite-Shirley’s latest project, ‘WE ARE HERE BECAUSE OF THOSE THAT ARE NOT’, a video game celebrating Black trans lives.

This video game celebrates the stories of Black trans people

Danielle Brathwaite-Shirley’s latest project, ‘WE ARE HERE BECAUSE OF THOSE THAT ARE NOT’, conjures up an urgent, cathartic space in which Black trans people are centred and uplifted.

London-based artist Danielle Brathwaite-Shirley’s latest project, WE ARE HERE BECAUSE OF THOSE THAT ARE NOT, is an interactive digital archive video game, which aims to preserve the stories of Black trans people in a world determined to erase them. At its simplest, the game uses keyboard prompts to allow players to be diverted down different pathways, depending on their expressed gender identity. But with its trippy visuals, unsettling music and aesthetic elements — which recall traditional kente patterns — Danielle conjures up something much more than that. It’s an urgent, cathartic space in which Black trans people are centred and uplifted. Following its release, we caught up with Danielle to talk about why she created the project and what she hopes to achieve through her work.

What role do you want the archive to play in contemporary society?
Hopefully, the role it plays is allowing Black trans people to see themselves represented. The archive is made to try and really hold the experience of a Black trans person, so hopefully when they see it, they feel held and acknowledged in some way. While the space is moderated, it’s also an ever-expanding archive that can be updated by anyone.

What has the process of creating this project revealed to you about yourself and the work you want to do?
It was really hard to do because I did the animation, the sound, and I embedded a lot of the landscapes and places. We worked with people like Ebun Sodipo, Tobi Adebayo and Jacob v. Joyce, to create the characters, the landscapes and to try and best archive the vision of the individuals in the workshop. We’d create characters together having a conversation around ‘What parts of yourself do you want to archive?’ and ‘What thoughts about yourself would you like to archive maybe in the form of your avatar that you’re making?’ And then we took it from there. It made me realise that this is really what needs to be happening, you need to work with collaborators.

While the project deliberately centres trans people and trans experiences, you’ve also made pathways for cis people to interact with the project…
I wanted to create a world that centres on Black and trans people, but the cis pathway was made because I didn’t want to pretend like I was putting something out that would not be accessible to cis people. It was really important that I put a lot of thought into what we allow the cis pathway to get, because we don’t want it to feed into the idea of cis people consuming trans bodies. We’re actually saying, ‘No you’re not ready to consume us. You can’t consume us. I’m not accepting that.’ This is not a game of trans tourism.

How do you want cis people to engage with this work?
I wanted them to think about who we may have buried, to think about who we may have lost and who we dig for, and who we don’t even go about digging for and whose memories, identities, and places are often forgotten and erased. I want cis people to act, to use the privilege they have to enable Black trans people to live a better life. Just saying the right words isn’t enough, it doesn’t do anything. It doesn’t change anything. You need to follow through with action.